Crude Oil Production was unchanged at 11.0 million barrels per day.

Crude Oil prices jumped 60 cents with the release of the DOE report. The market then dropped back during the next 20 minutes, but recovered. It traded to new highs, up $1 but fell by the end of the trading day, closing up 75 cents.

For the near term the fundamentals are bullish to price. Venezuela crude oil production is at a 30 year low. The OPEC and Russian output change have yet to be confirmed, And U. S. gasoline demand is at record high, requiring high crude oil run rates. 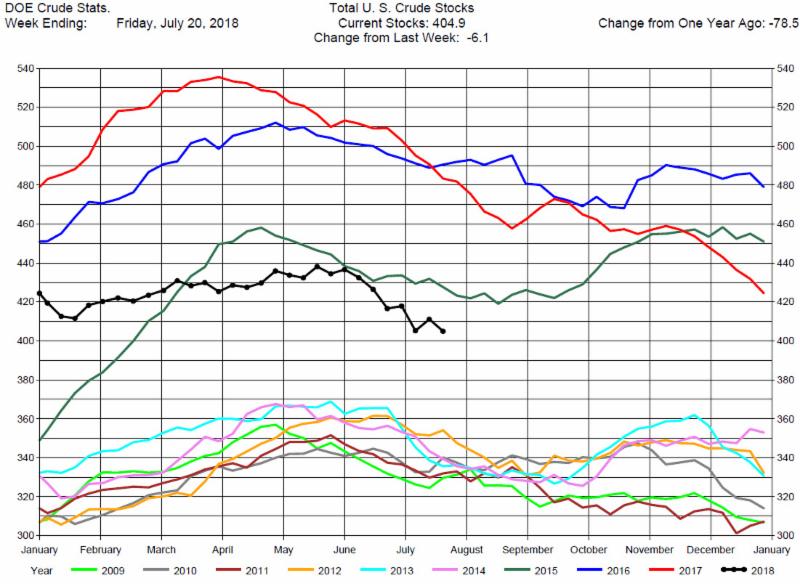 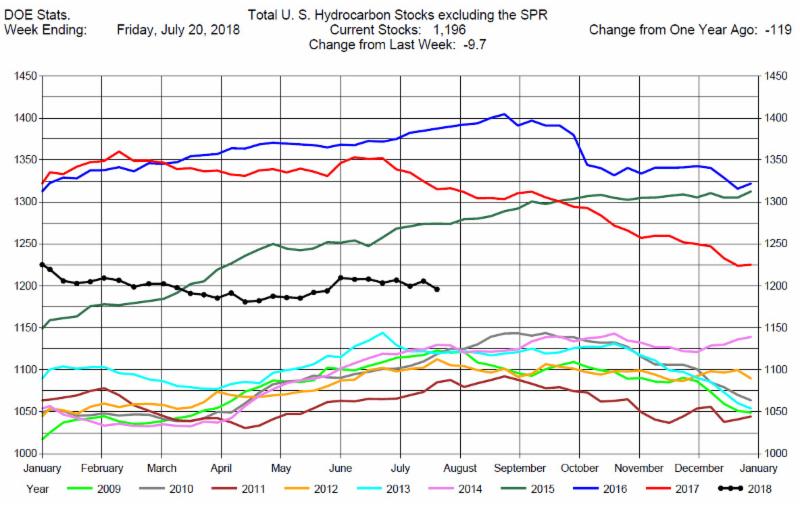 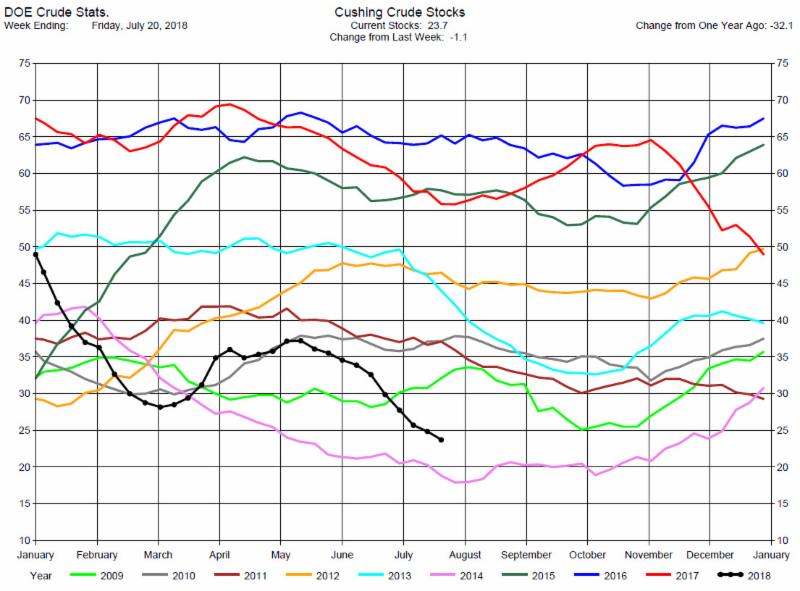 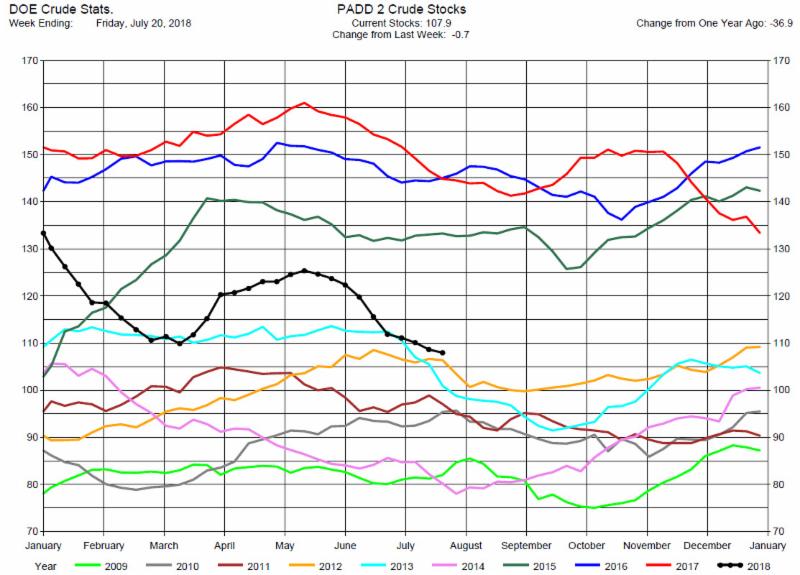 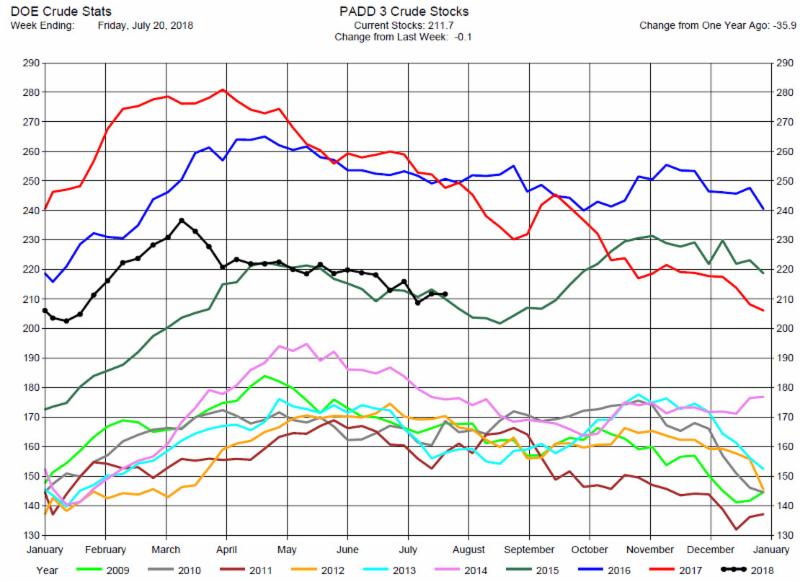 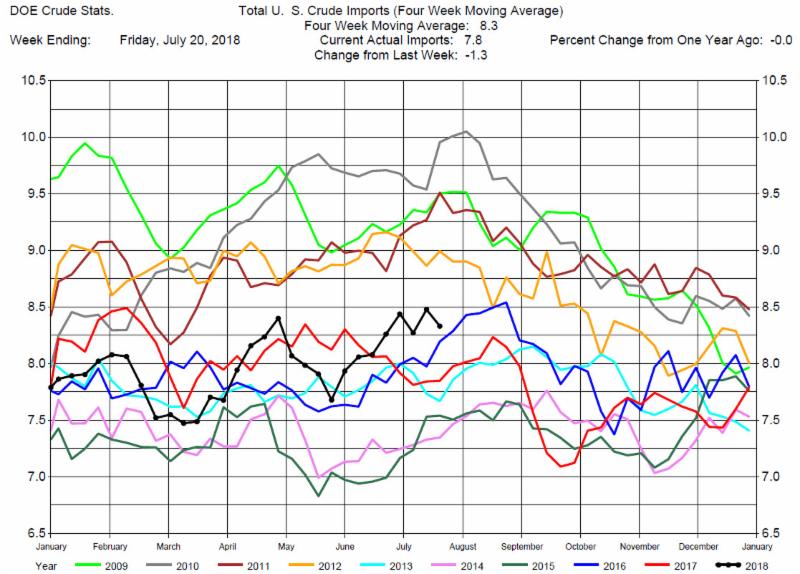 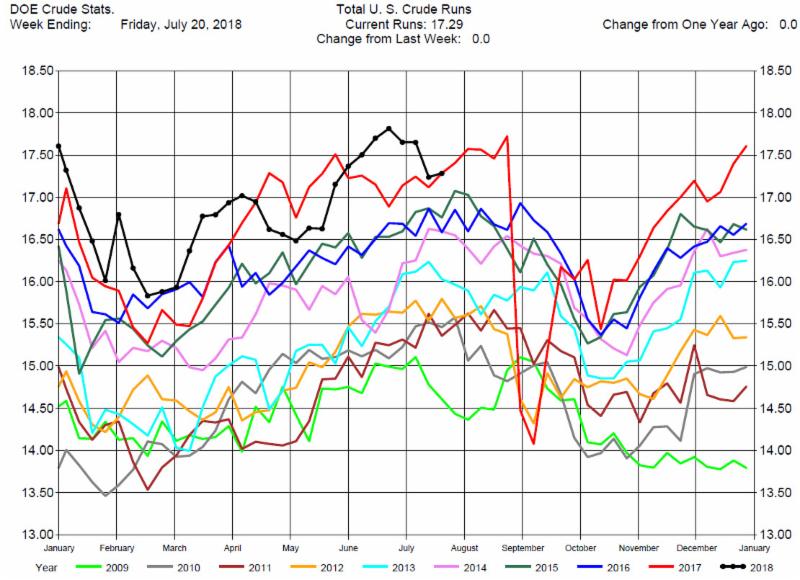 With Gasoline Inventories continuing their seasonal decline and Gasoline Demand at record levels, we view this as a bullish scenario for prices. Crack spreads and calendar spreads are improving so we suggest considering long positions in the cracks or calendar spreads. 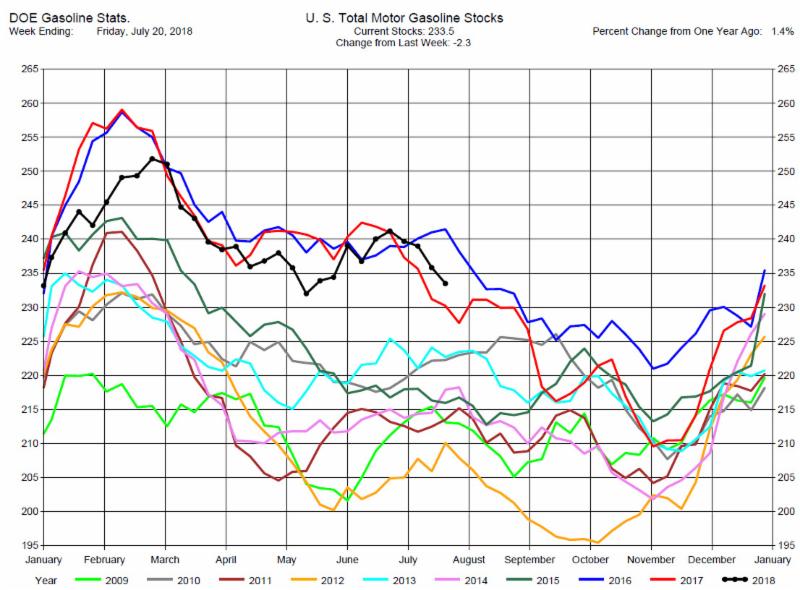 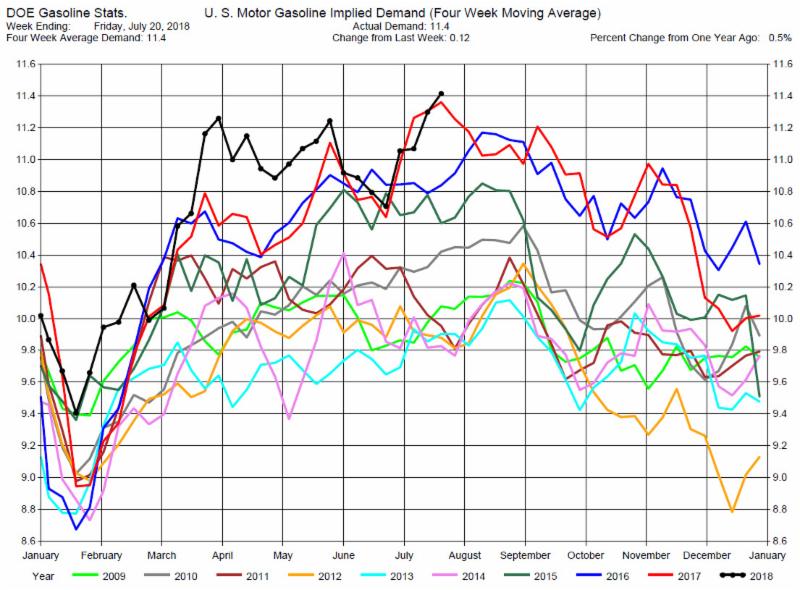 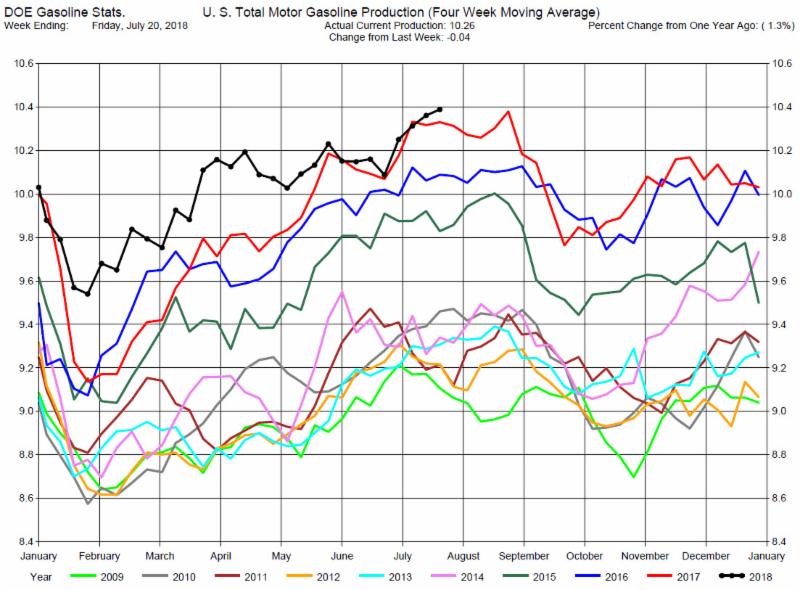 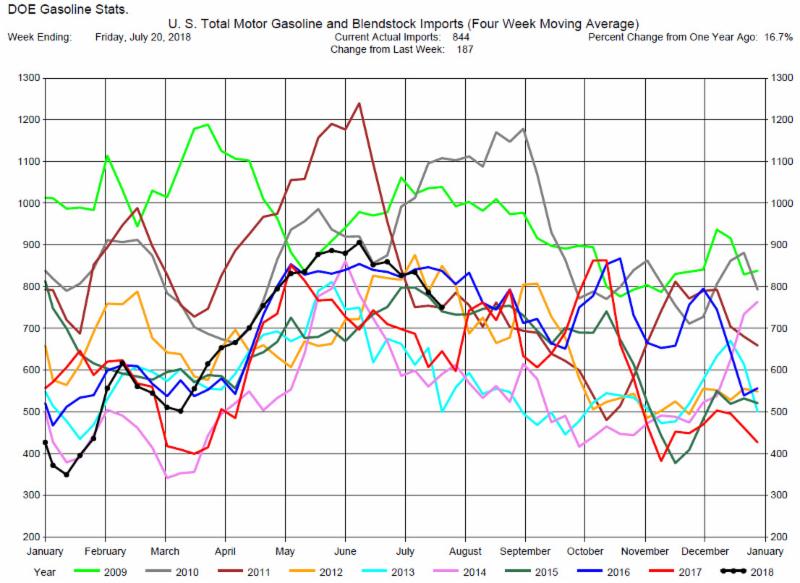 Distillates
Distillates Stocks Slight Draw, Expectations were for a Build

Distillates Demand has been strong enough to keep Distillates Stocks at record lows, despite record level Distillates Production. We view this as a bullish scenario and suggest traders consider Heating Oil cracks or calendar spreads as a bullish opportunity. 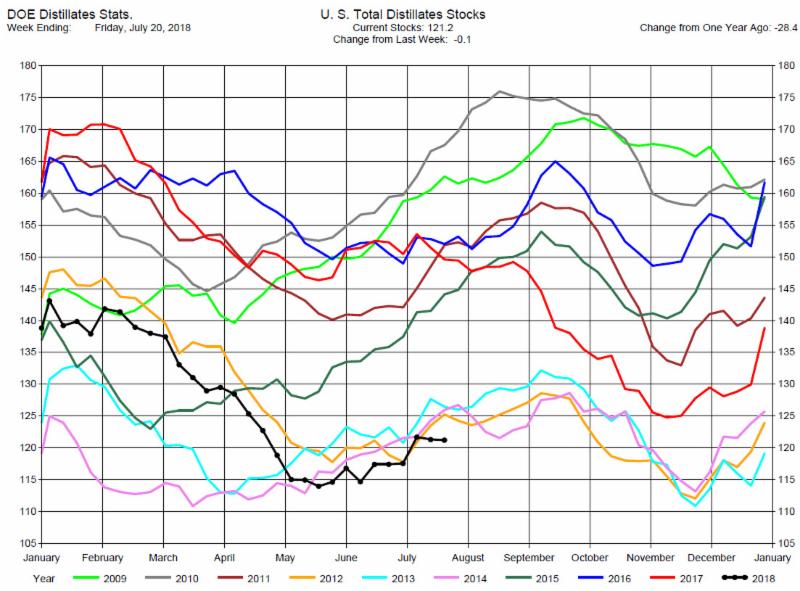 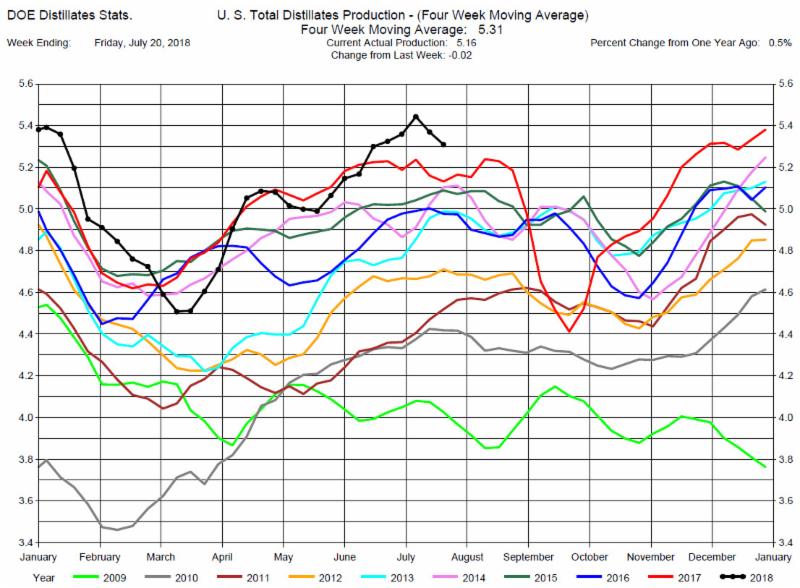 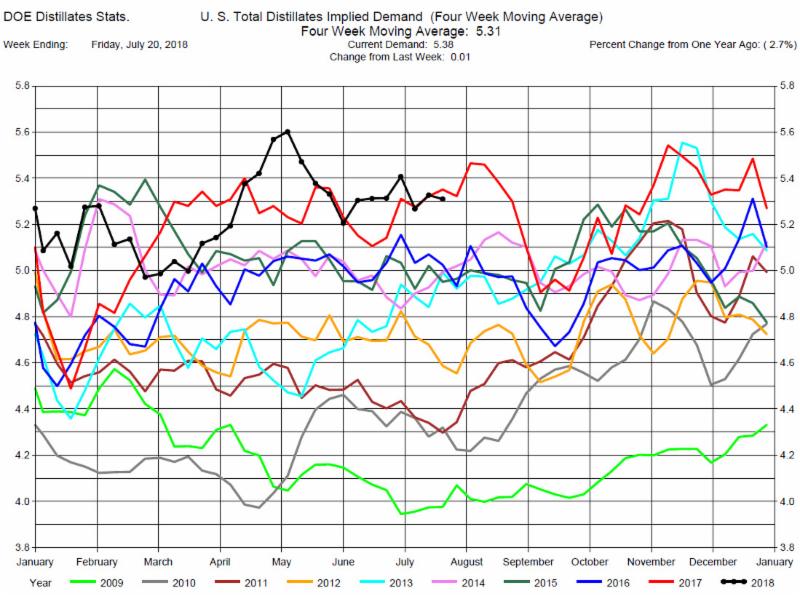 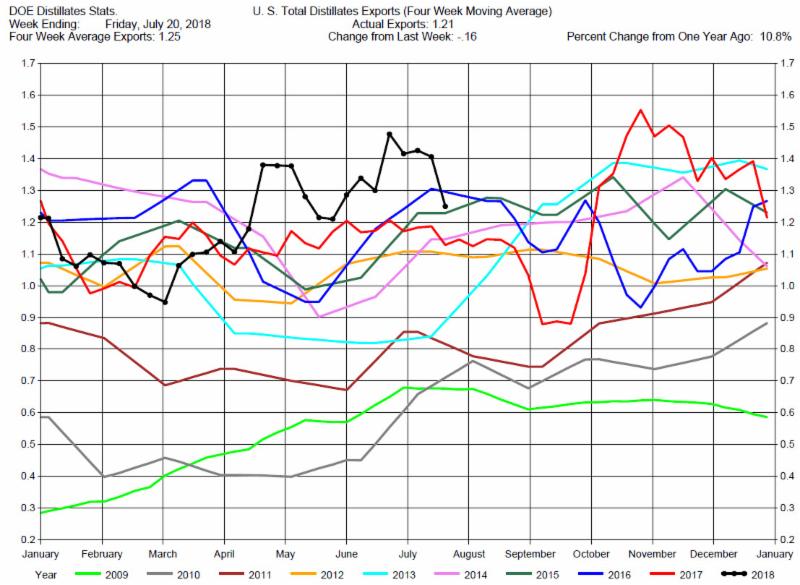