This is the first time in 10 months that the Brent market has been in contango.  Traders now anticipate an increase in global crude supplies during the rest of 2018, as Saudi Arabia, Kuwait, and Russia have recently pledged to increase supplies and exports.  With the expectation of more crude supplies there is less concern about the immediate availability of crude oil so the nearby prices are lower than the deferred months. 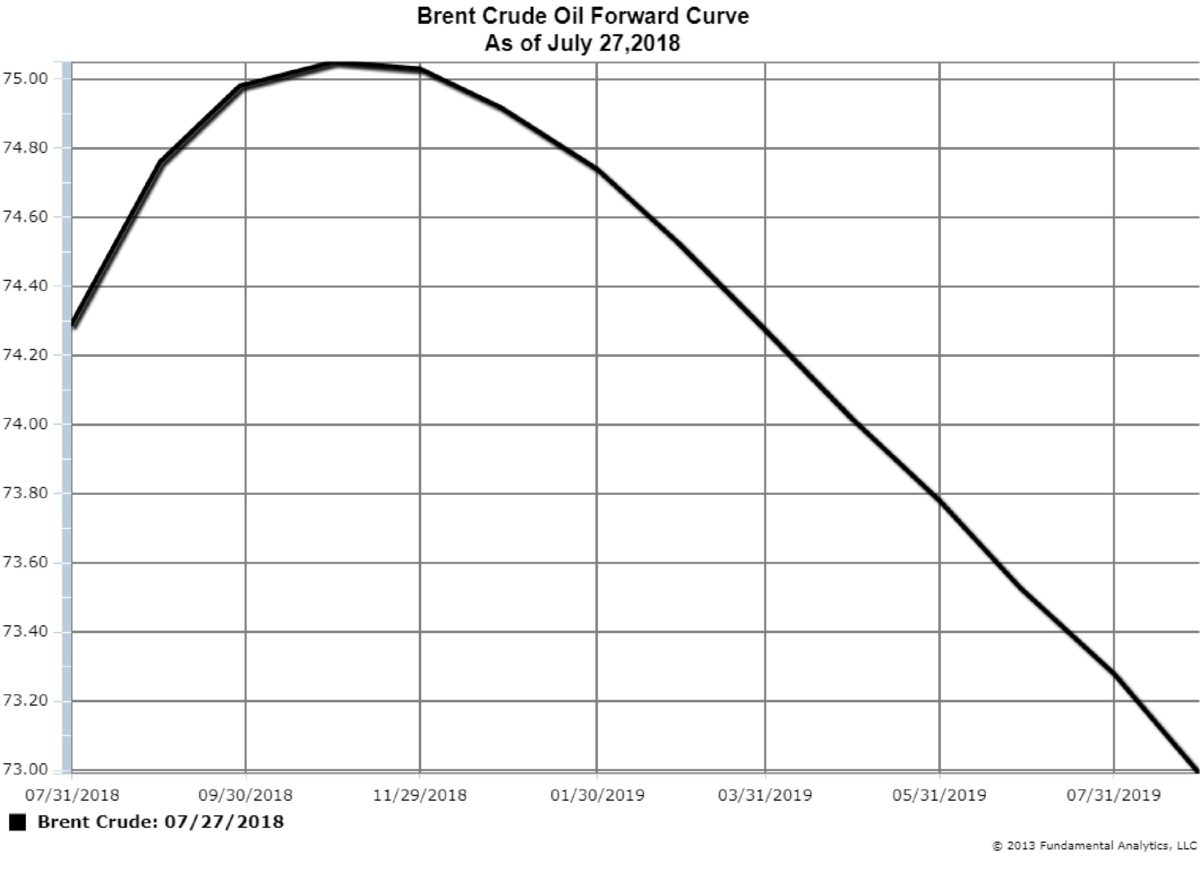 As an example, on Friday, July 27, 2018 the October Brent Crude Oil price decreased by 36 cents to $74.76 (Black line). We would recommend following the Brent Crude Oil Forward Curve for increases in contango as a sign to consider a short position in the Crude Oil market. 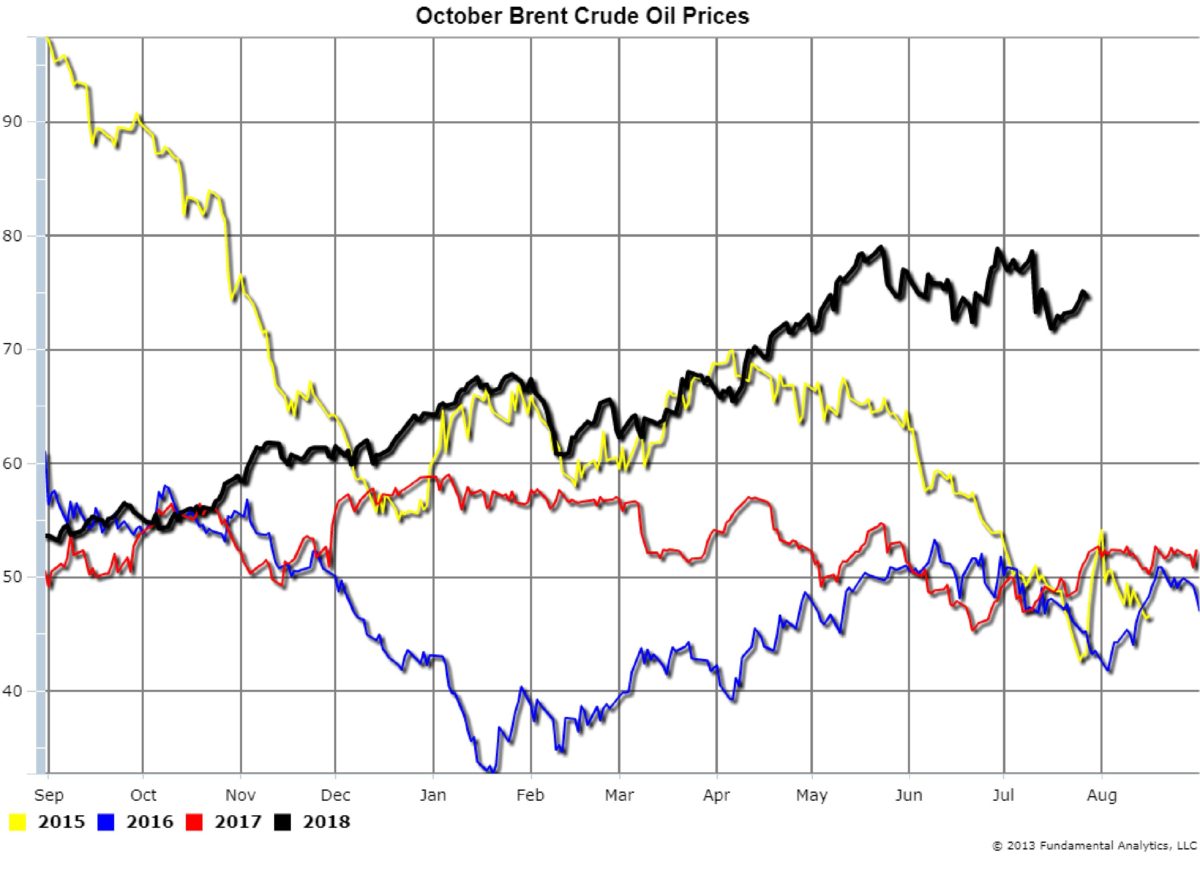 Soybeans Export Sales continue to remain strong at 823,569 metric tons as of July 19, 2018.  The exports were even greater in May when news of anticipated Chinese tariffs was first reported (Chart 3).  Soybeans prices began the major decline at that time as sellers needed to discount prices to increase sales. 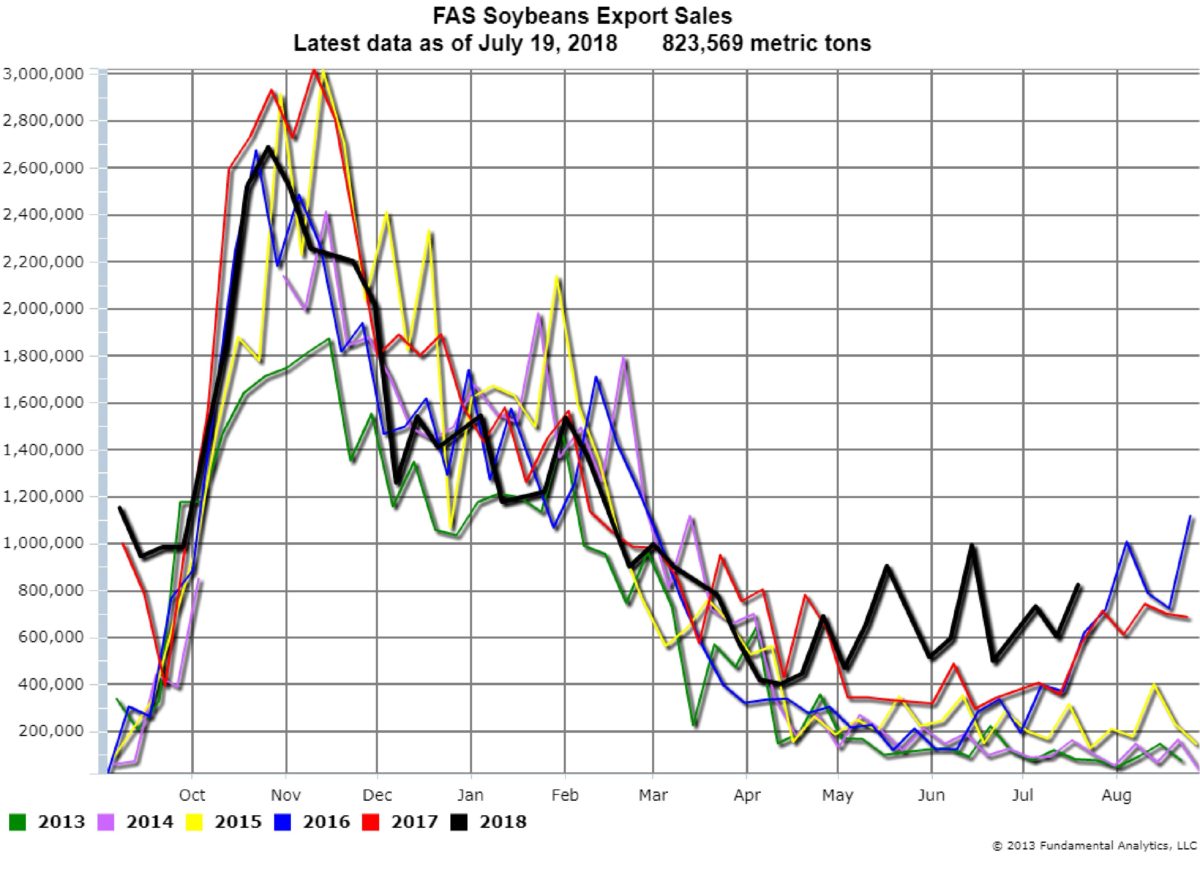 The price decline continued because of good crop conditions and producers’ fear of stranded inventory.  In the last two weeks prices have recovered, from a low July 13 of $8.2450 per bushel to $8.7525 per bushel as of Friday, July 27, 2018  (Chart 4, black line).  The market has become bullish a 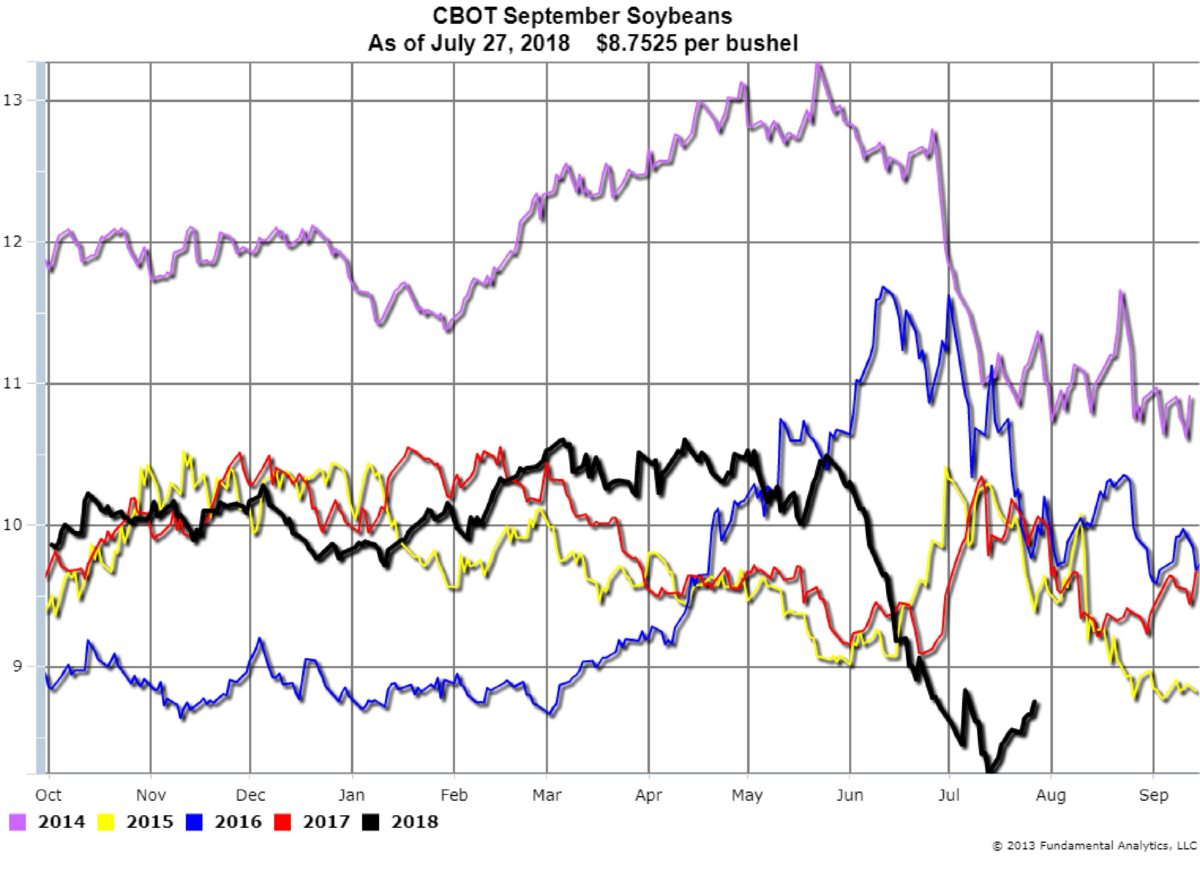 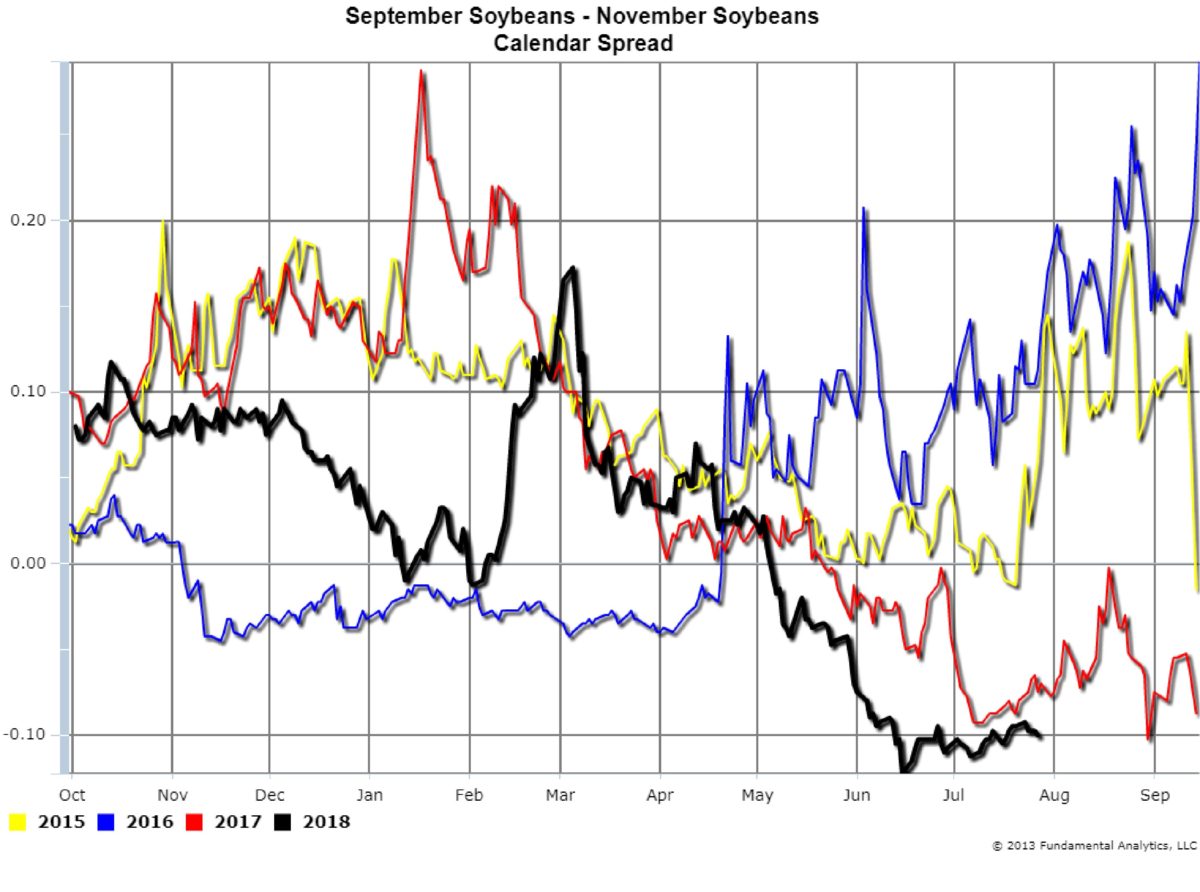