For the trading day, the low Stocks draw was viewed as bearish to price. Prices traded lower throughout the day, ending down around $2.25. Prices are also currently driven by geo-political news headlines (China demand, Iran sanctions) so the market is choppy and range bound. We maintain our suggestion to not take trade positions in the near term and wait until a confirmed price direction is established. 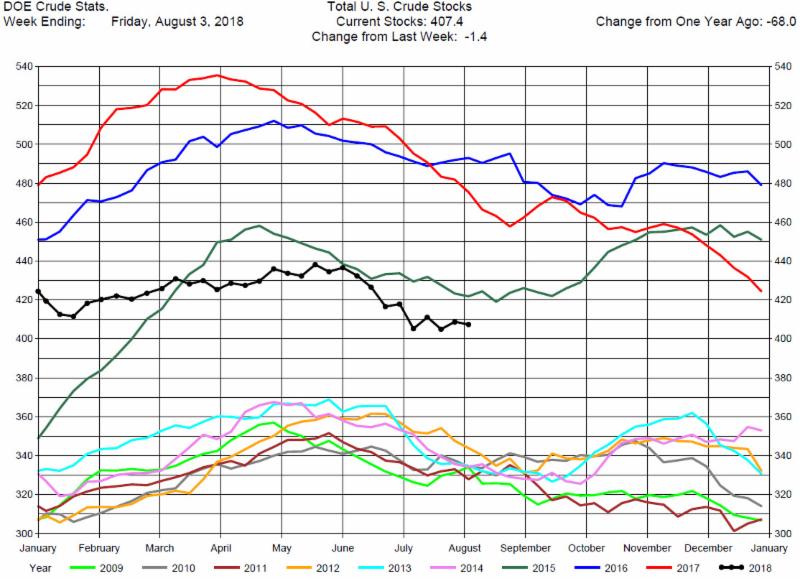 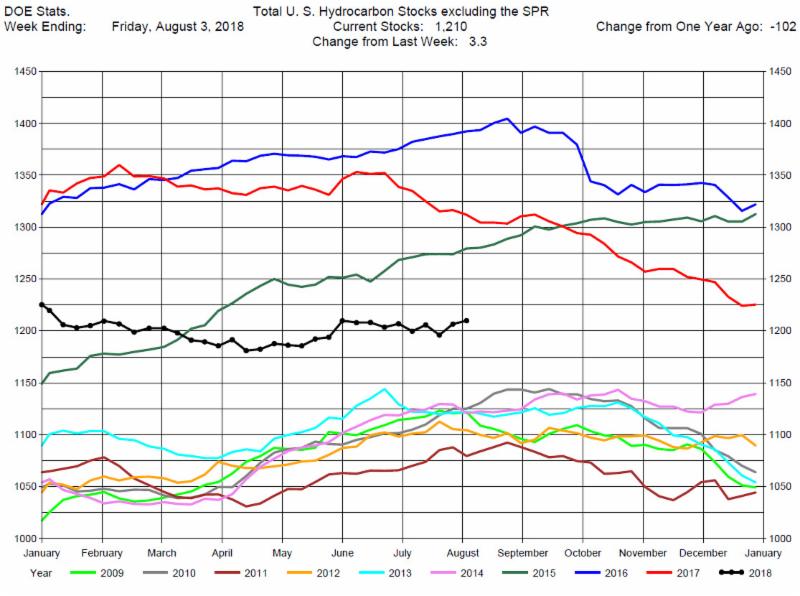 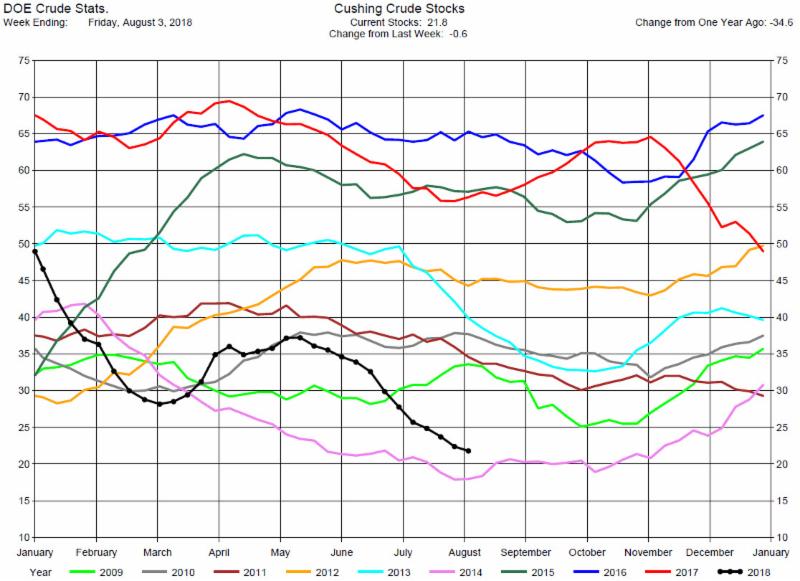 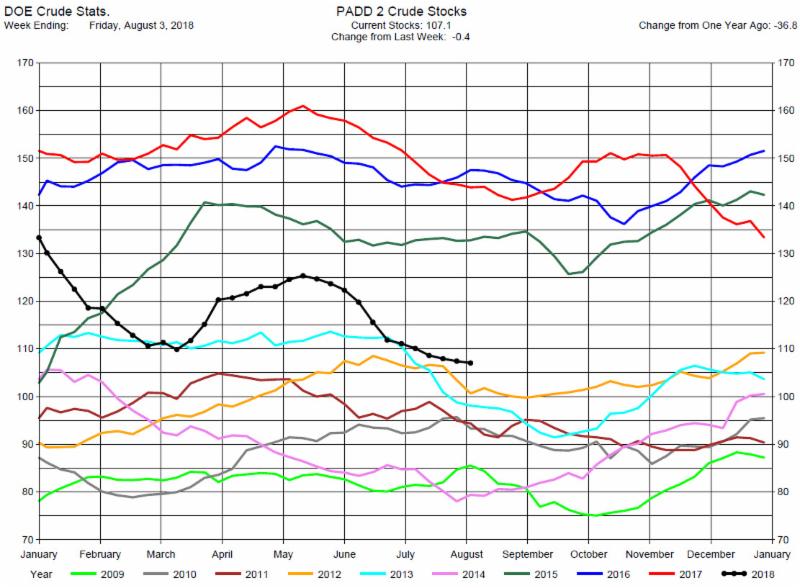 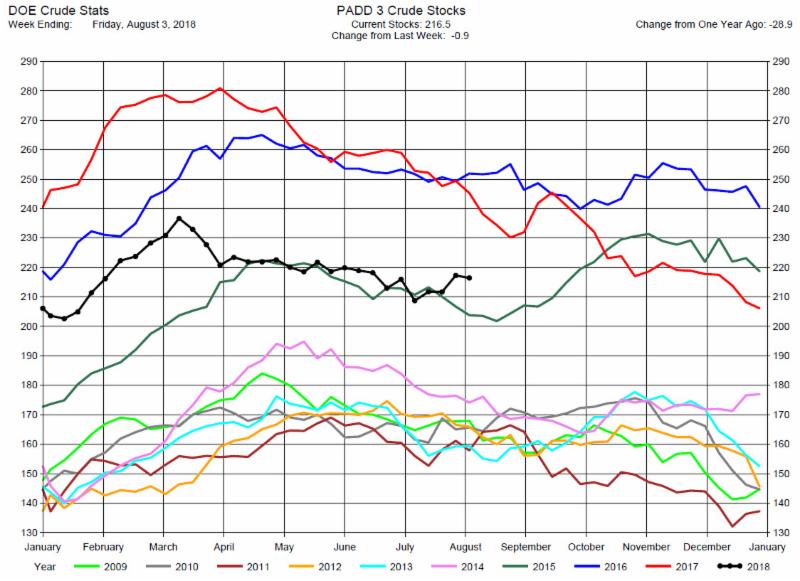 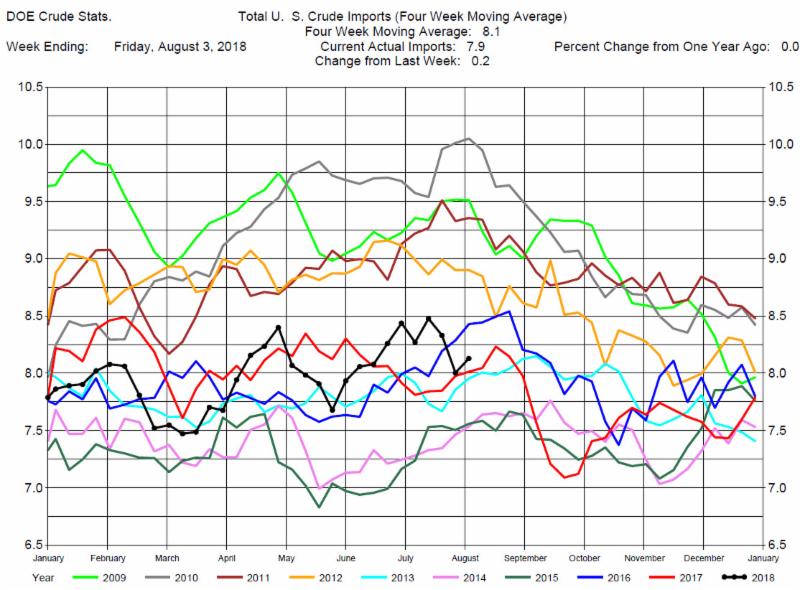 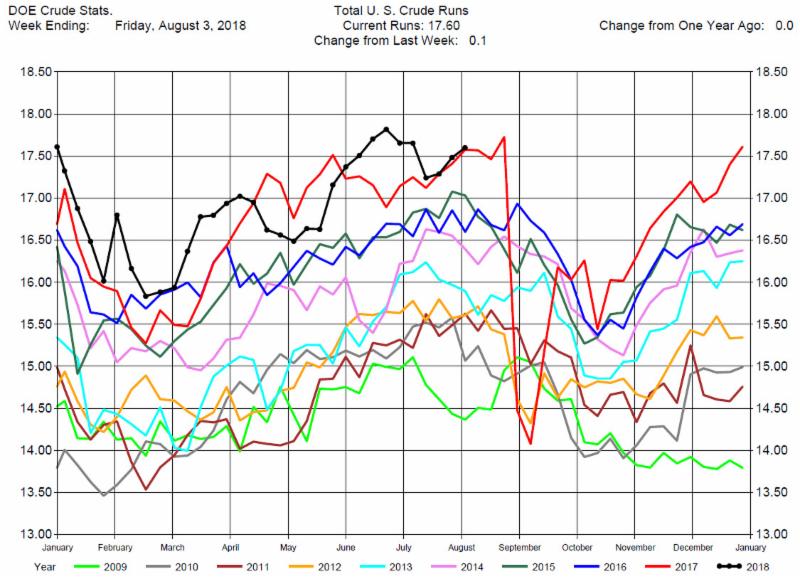 Despite the choppy behavior of crude oil prices, the gasoline crack spreads and calendar spreads have improved, so we still suggest considering long positions in the cracks or calendar spreads. 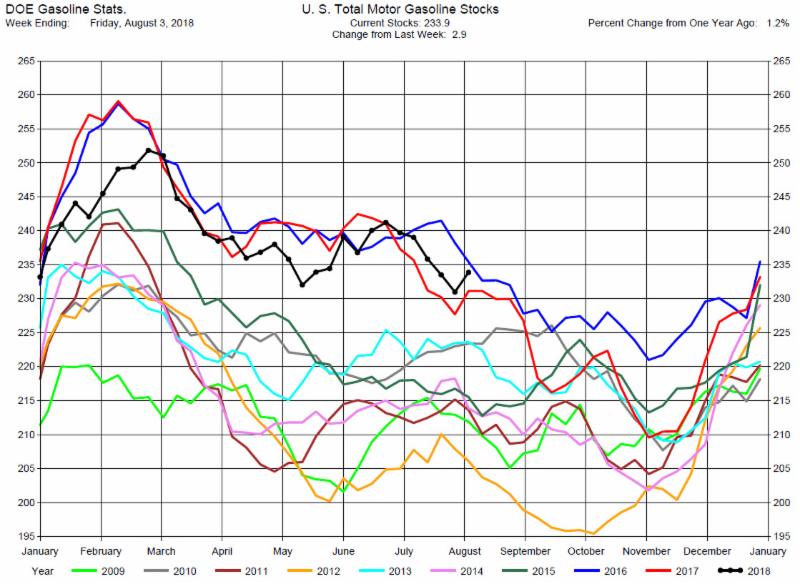 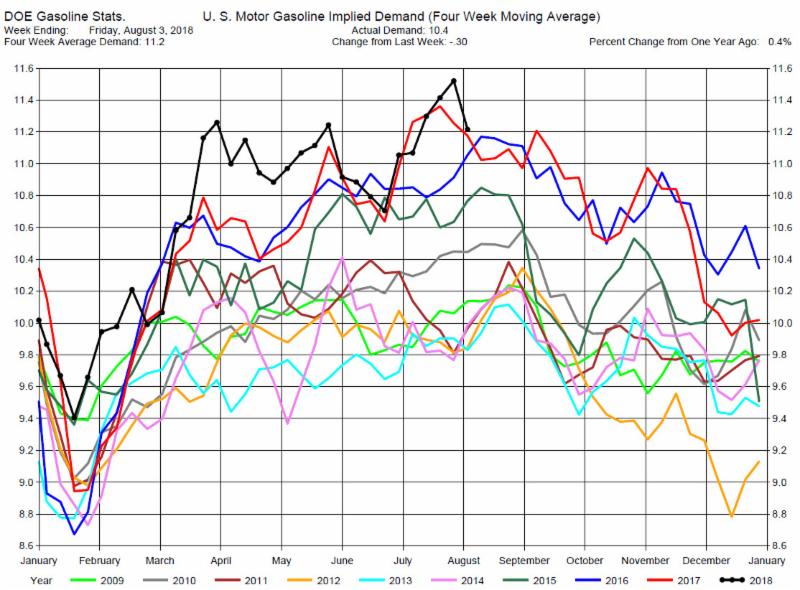 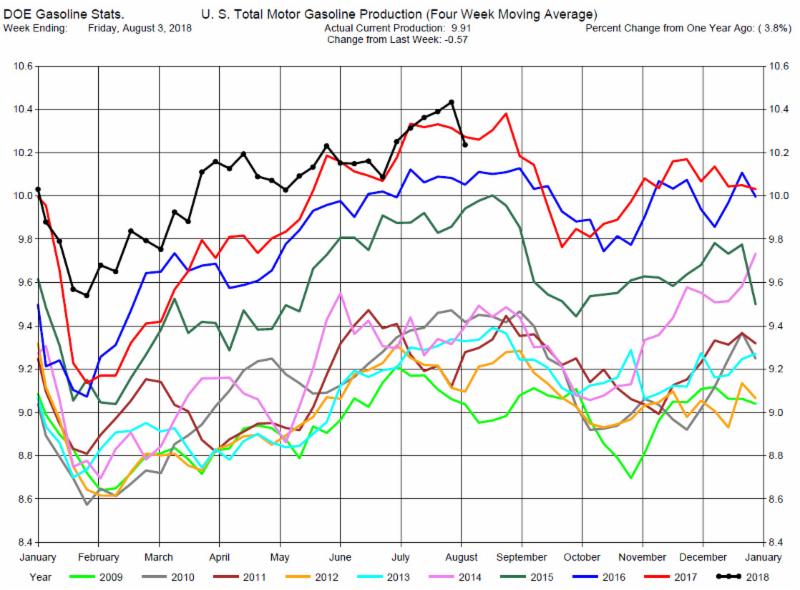 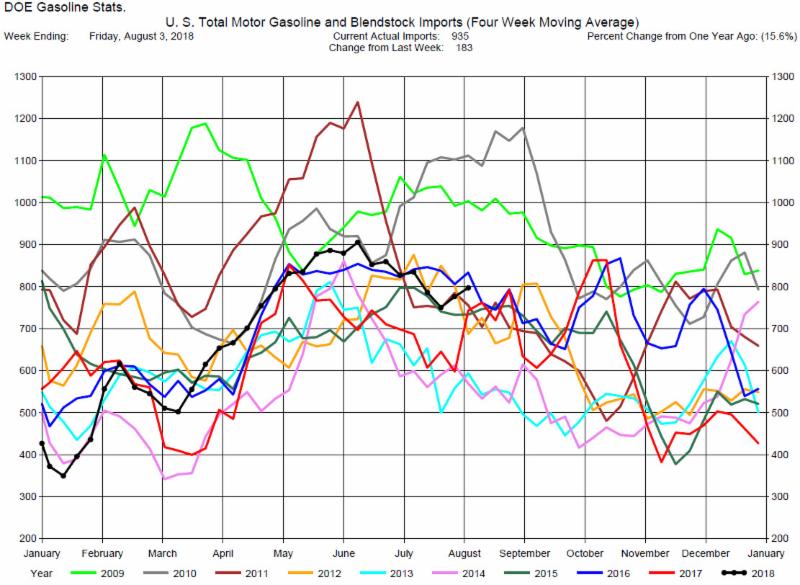 Distillates Stocks Build, Average is for a Draw

Distillates Production has declined in recent weeks and Distillates Demand has been strong enough to keep Distillates Stocks at seasonal lows. We still view this as a bullish scenario and suggest traders consider heating oil cracks or calendar spreads as a bullish opportunity. 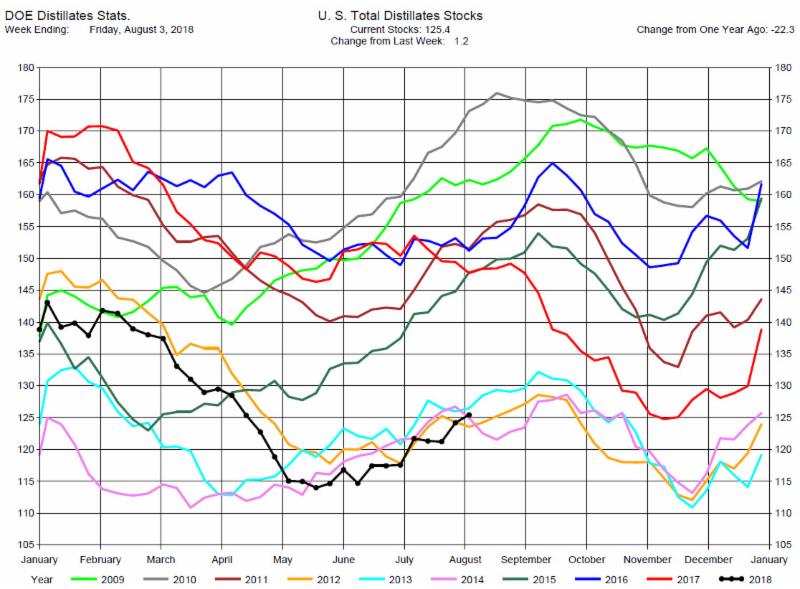 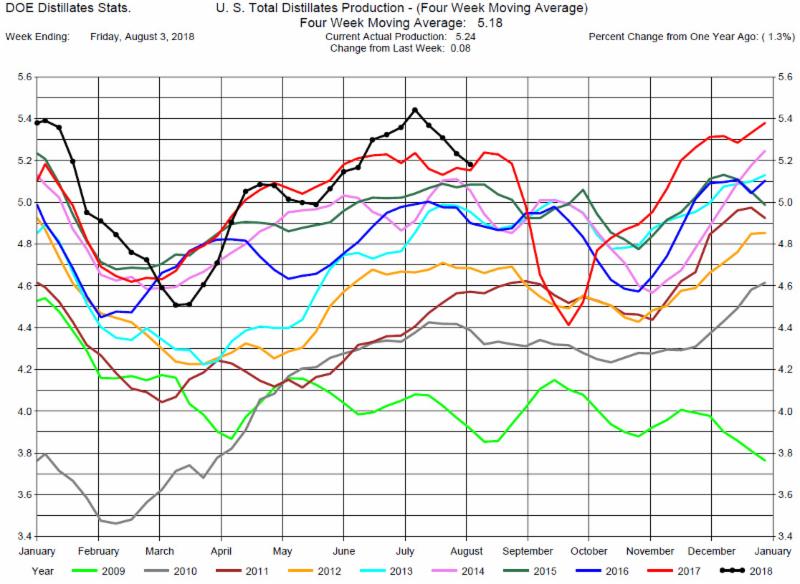 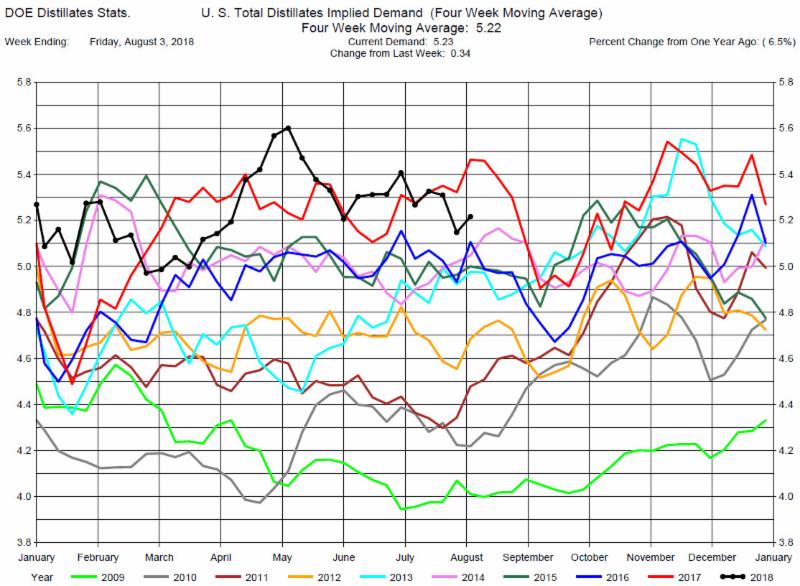 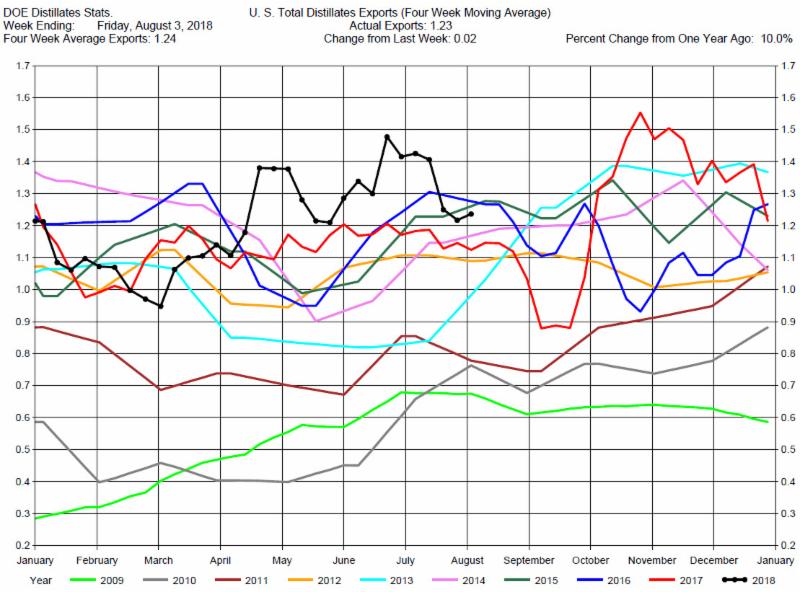