Crude Oil and Natural Gas: A Study in Contrasts

Crude oil prices have collapsed since mid-October, dropping from $77.00 to below $58.00 (Chart 1). Several factors have contributed to this historic drop in prices.  US crude oil stocks have increased in the last seven weeks (Chart 2, black line). OPEC and Russia have increased crude oil production and appear unwilling to cut production until 2019.  The Iranian sanctions are not reducing world supply as export waivers have been granted to several of Iran’s largest customers, such as China, India, and Japan.  And the slowing growth of global crude oil demand as well as the stronger dollar have all pressured crude oil prices.  We suggest consideration of short positions in the crude calendar spreads or outrights as well as shorting the gasoline cracks. 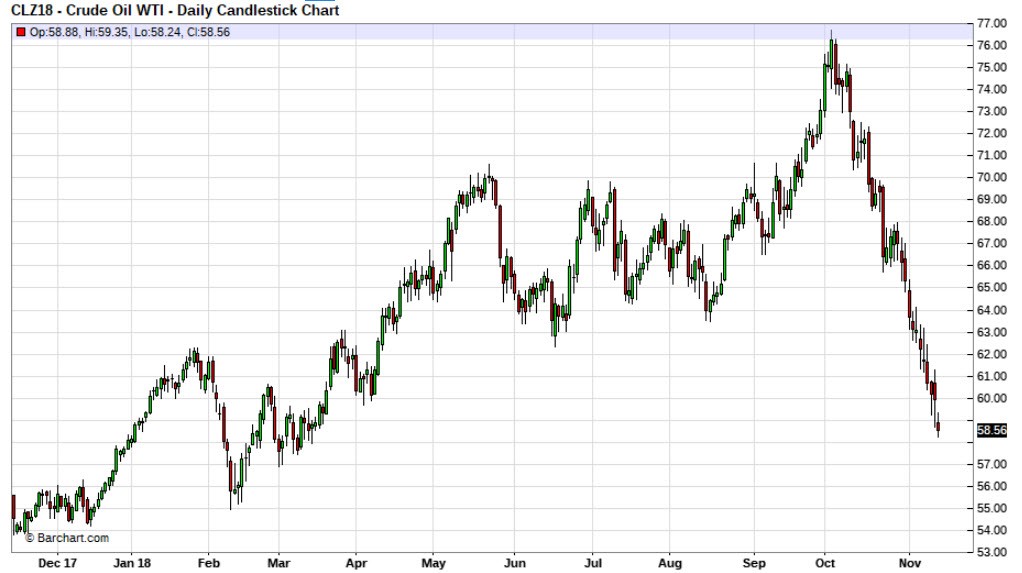 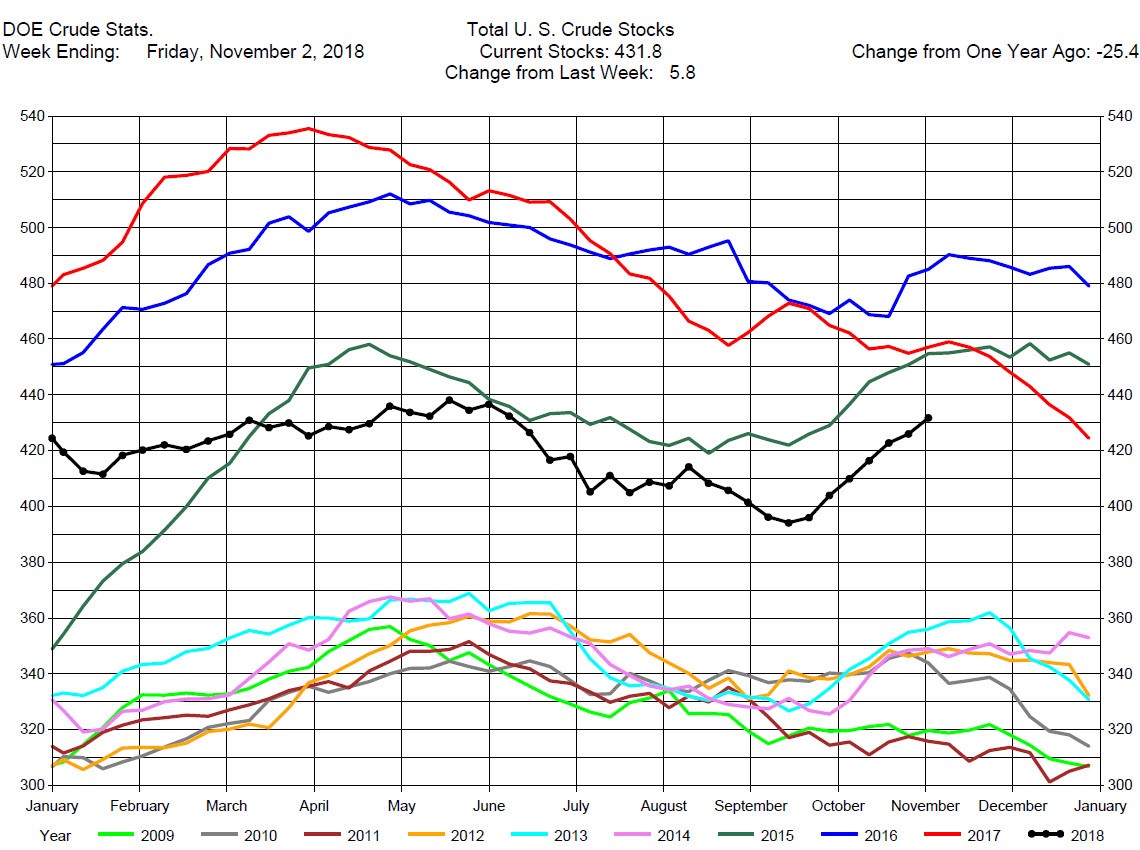 In stark contrast to crude oil, natural gas prices in the last week have dramatically increased in price from $3.50 to over $4.00 (Chart 3). 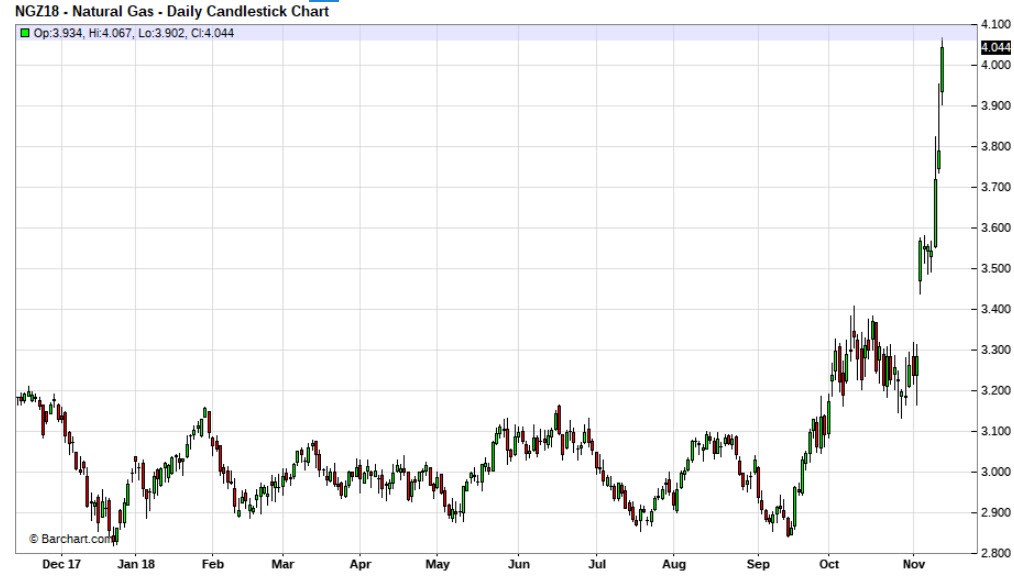 Lower storage inventory and unseasonably colder weather are the major factors contributing to the dramatic jump in prices. Natural gas storage at the end of the Injection Season is at a 12-year low (Chart 3, black line) of 3,200 bcf. 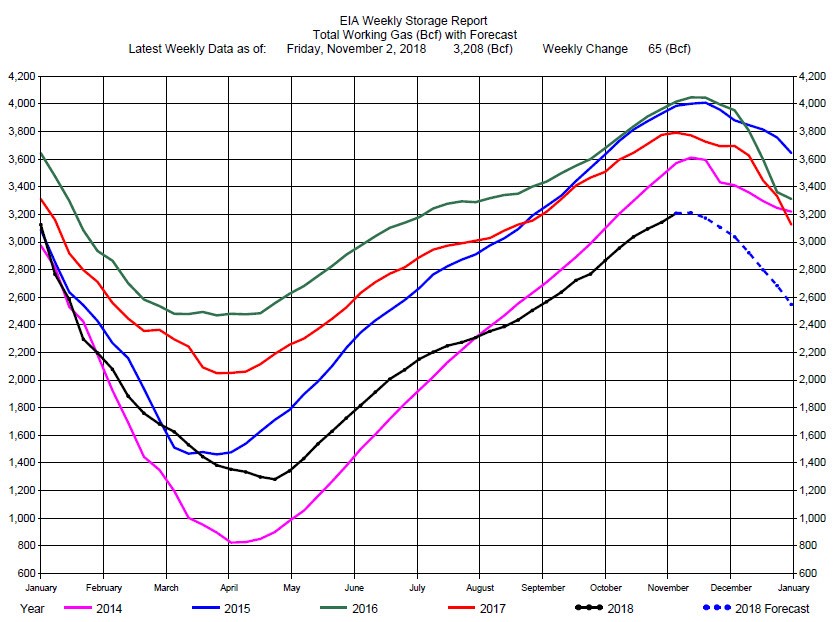 A Fundamental Analytics computer model storage forecast for the remaining seven weeks of the year (Chart 3, blue dashed line) projects storage remaining at record lows. Should the winter weather be colder than normal it would not be unexpected for prices to reach the $5 to $6 level.

We recommend consideration of long positions in the natural gas calendar spreads or outrights.

Corn prices have recovered from the lows in mid-September, but remain range bound. We cannot recommend consideration of a long position at this time but believe there is upside potential if prices break out of the current trading range and trade above $3.80. 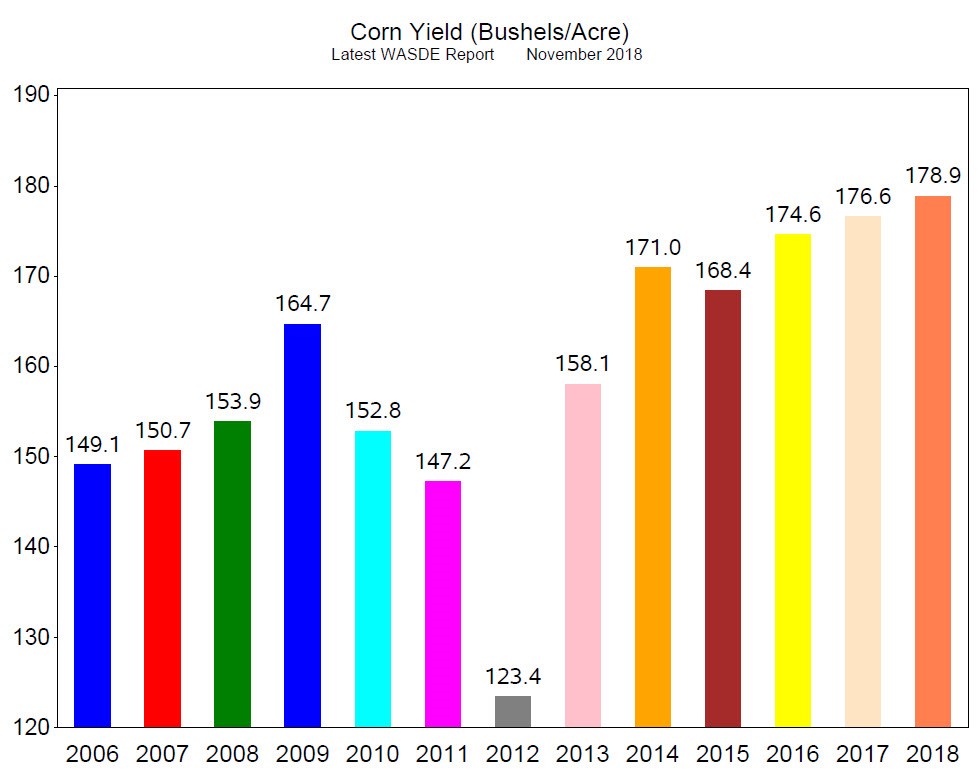 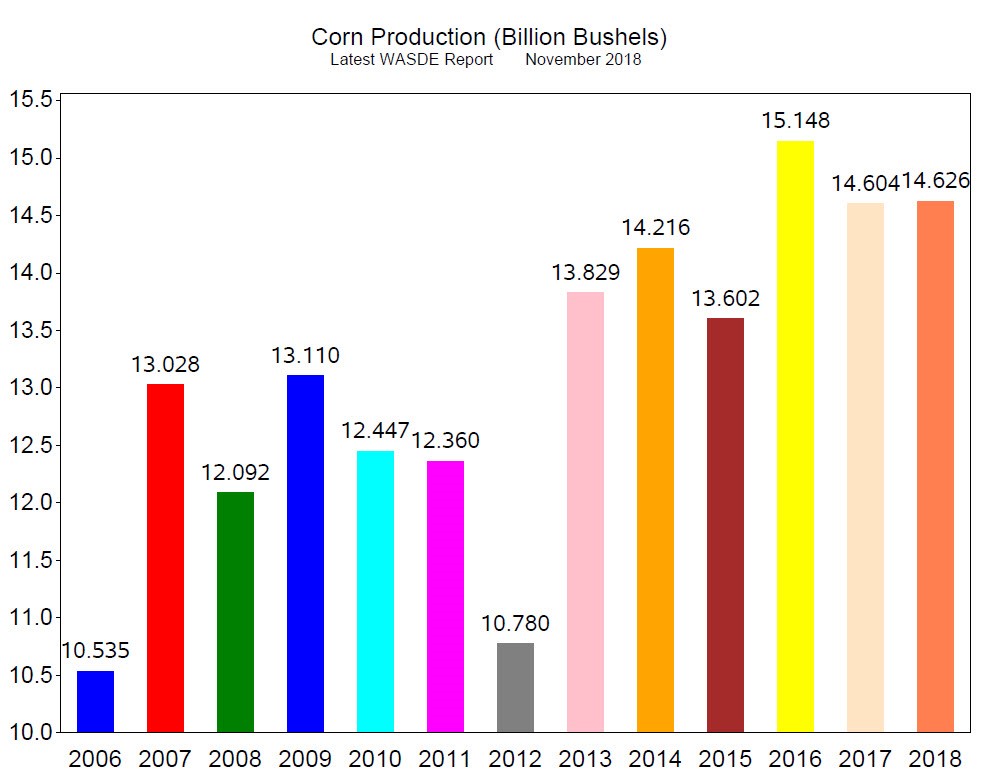 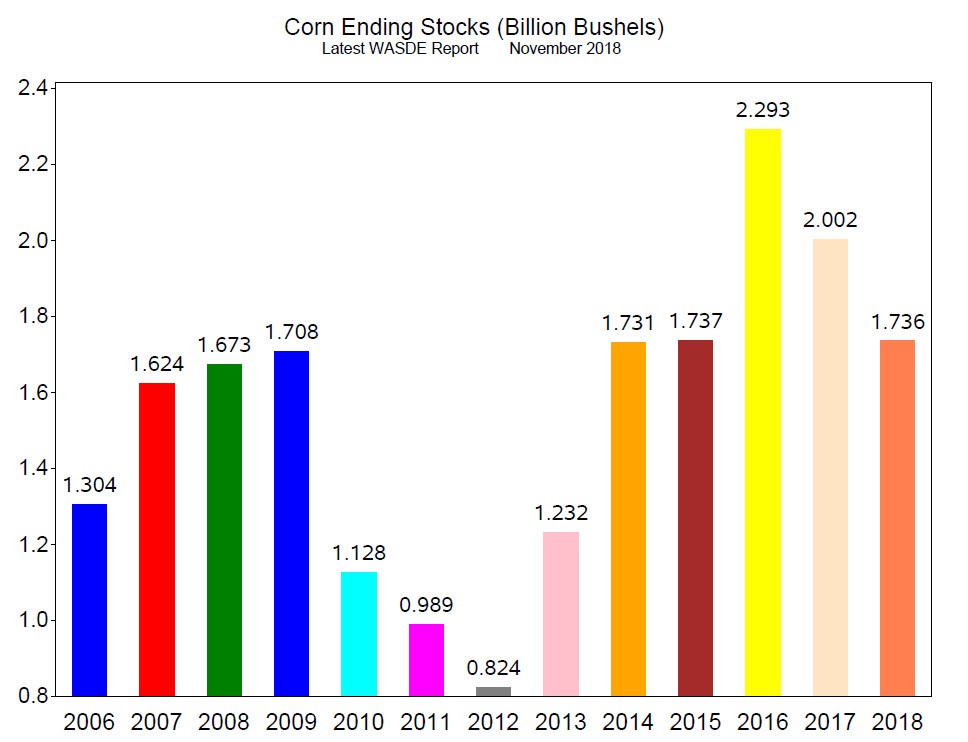 The data are bearish for soybeans prices, especially the Ending Stocks. Soybean prices recovered from the lows in September, but we do not believe higher prices can be sustained. As we have mentioned before, the Chinese tariffs have caused exports to China to drop from over 30 metric tons per week in July and August to 1.2 metric tons per week in September and October; soybeans in US storage are piling up. Consequently, we recommend consideration of short positions in the outrights or spreads. 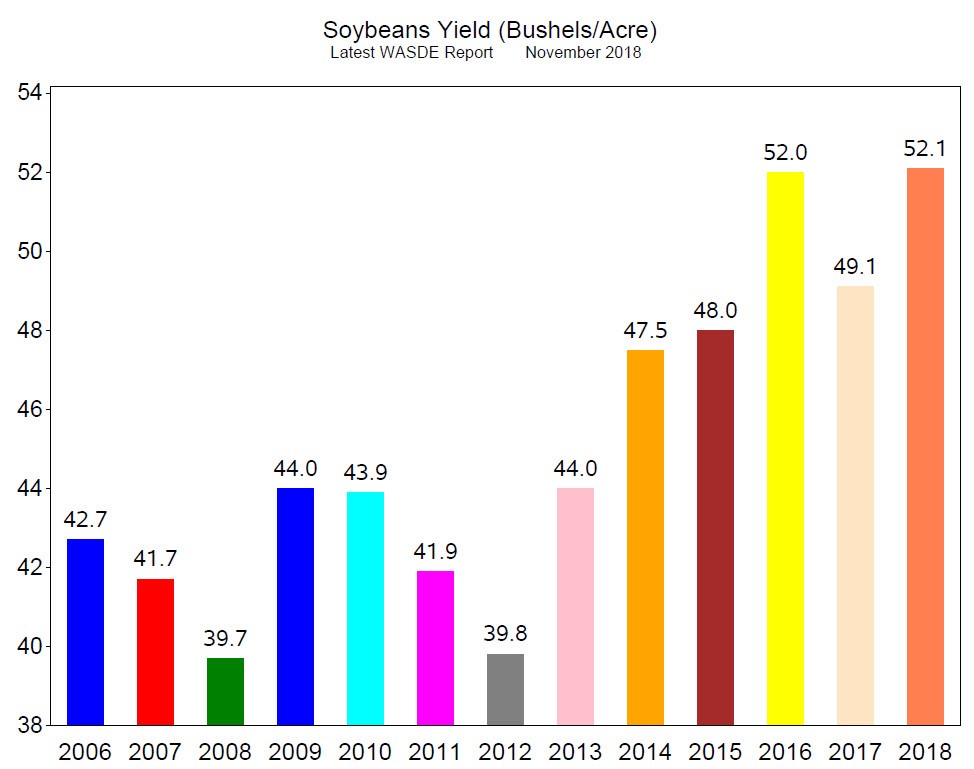 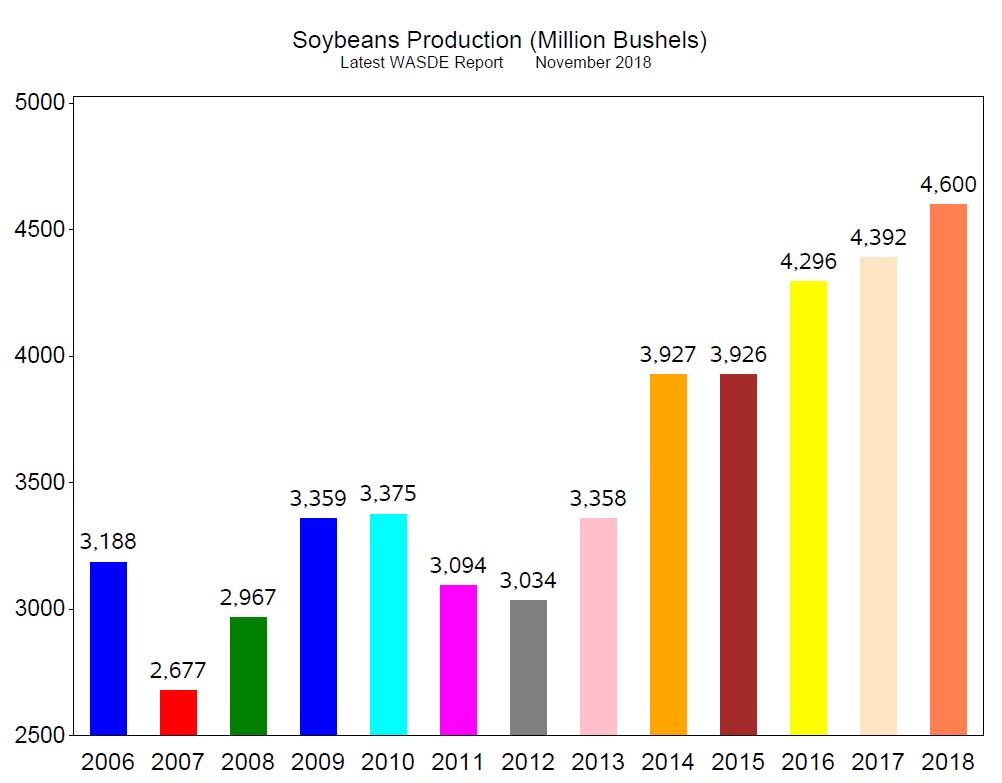 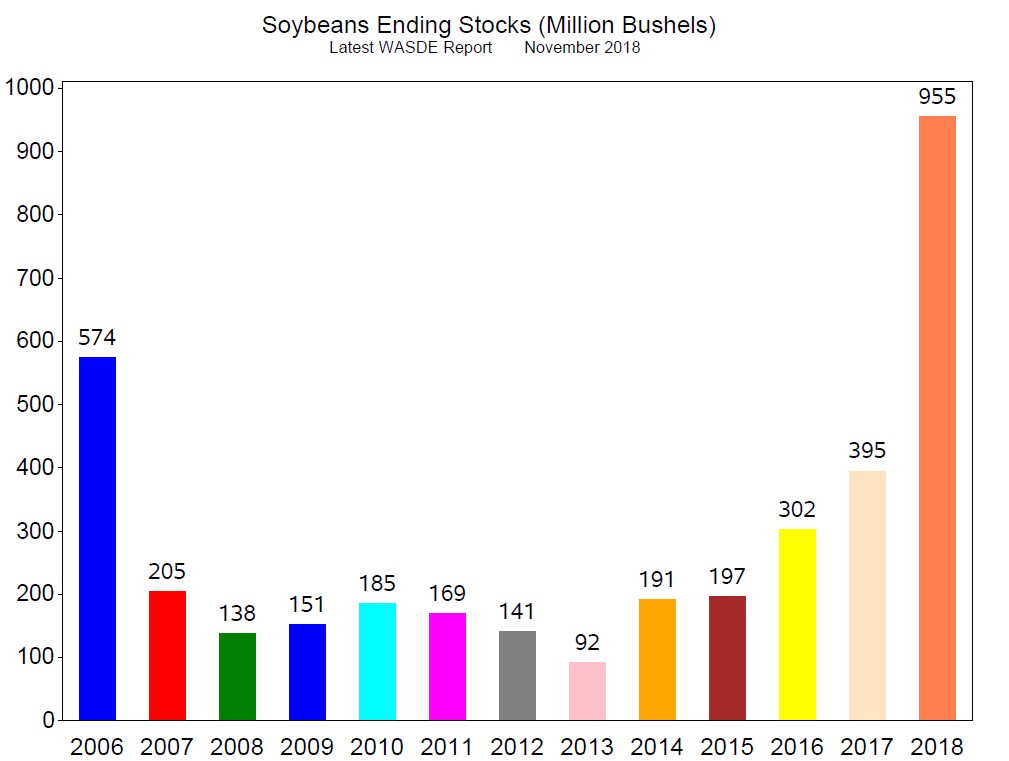