The front month contracts of gold and silver are up from last week 2.95% and 8.46%, respectively. Gold nearly regained the previous week losses where silver gained back those losses plus more.  The ratio of the 1-month Gold contract to the 1-month Silver contract (Figure 1) fell 5.35% since last week, falling below the recent low set on Aug 10.  With the front month gold and silver contracts closing yesterday at $1968.2 and $28.49, respectively, the gold/silver ratio is now 69.09, 7.6% higher than the corresponding 15-year average.  December gold (Figure 2) closed yesterday at $1978.9, up 2.90% from the close on Aug 25, breaking above a descending channel on September 1, 2020.  December silver (Figure 3) closed at $28.65, up 8.4% since last week, appearing to break above an area of constricting consolidation. 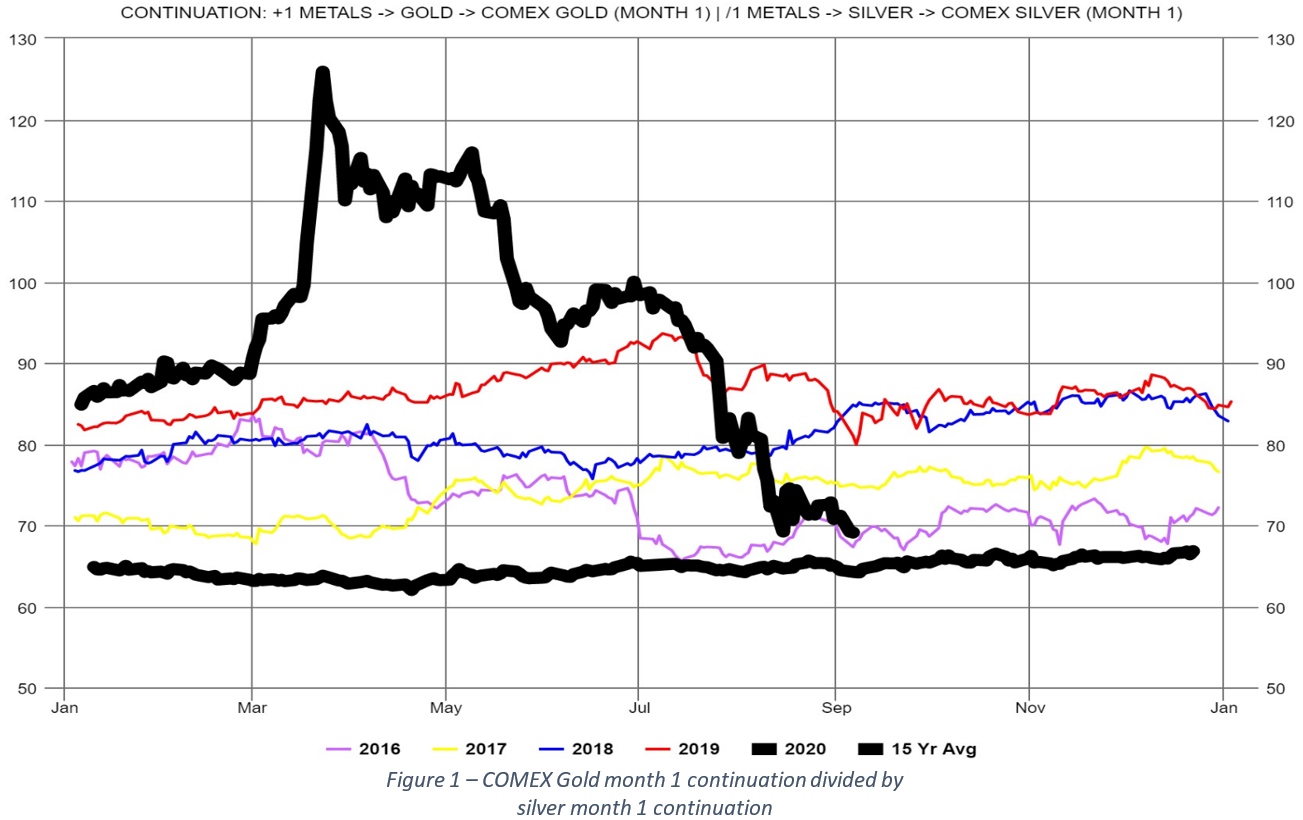 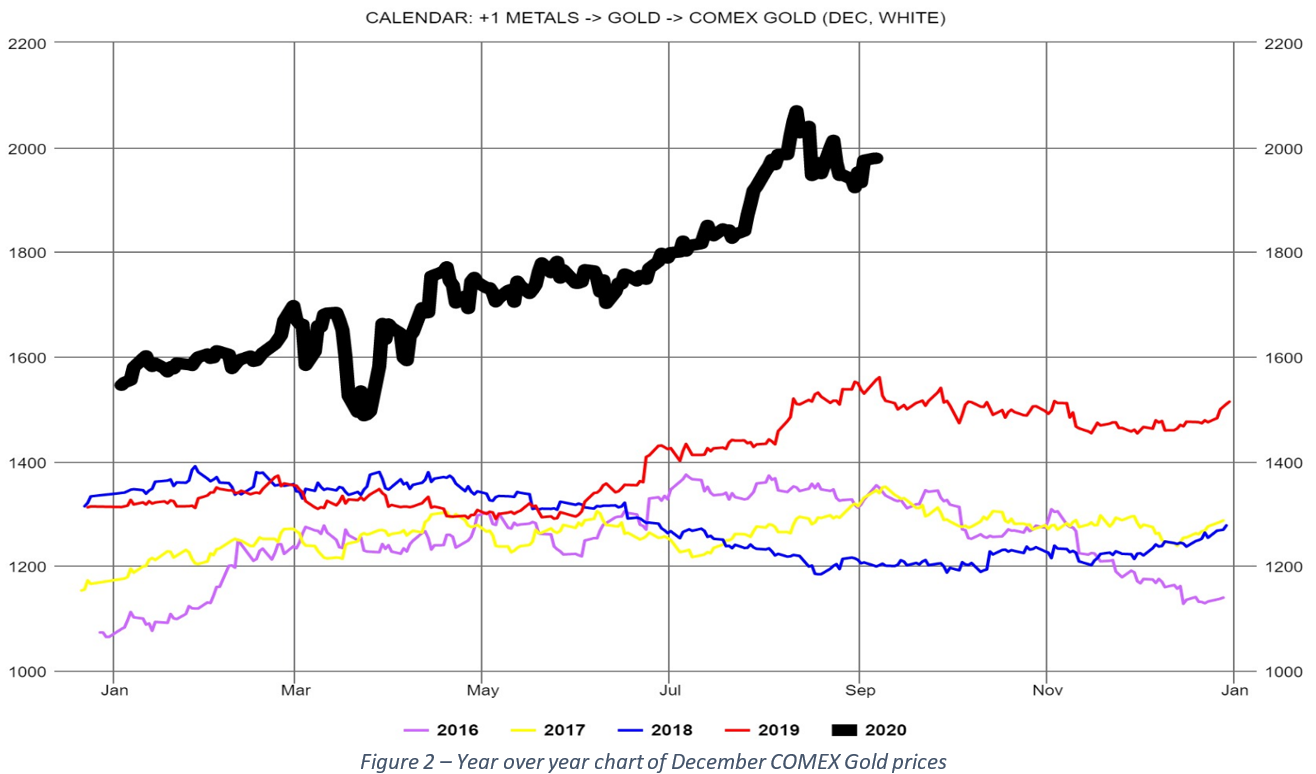 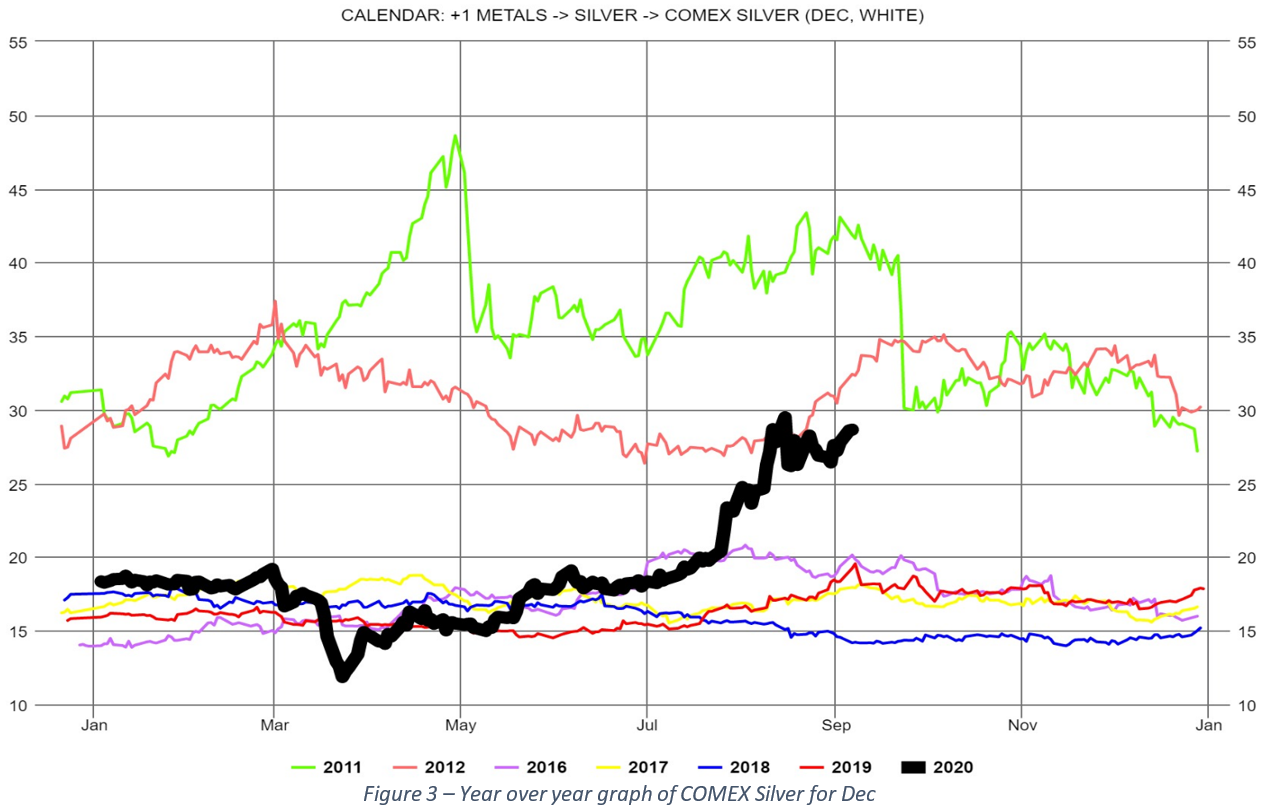 Now for Palladium.  Palladium closed at $2,311.1 on September 1 up 5.35% from the close on August 25.  Palladium remains range bound between $2140 and $2365.   While total open interest is up 2% since last week, it is down 4% since mid-August.  Open interest is still well down from the last few years and at levels not seen since 2004.  CFTC net fund positions in palladium have also continually decreased since the end of July according to the latest CFTC report.  The palladium/silver ratio remains nearly constant as palladium and silver have tracked in a similar manner for the last month, implying similar market forces are acting on both.  This is expected as both palladium and silver are used heavily in industrial applications.  The increase in the price of rhodium has also leveled off since its increase beginning near the beginning of July.  A continued increase in either silver or rhodium may be an indicator that palladium will also head higher. 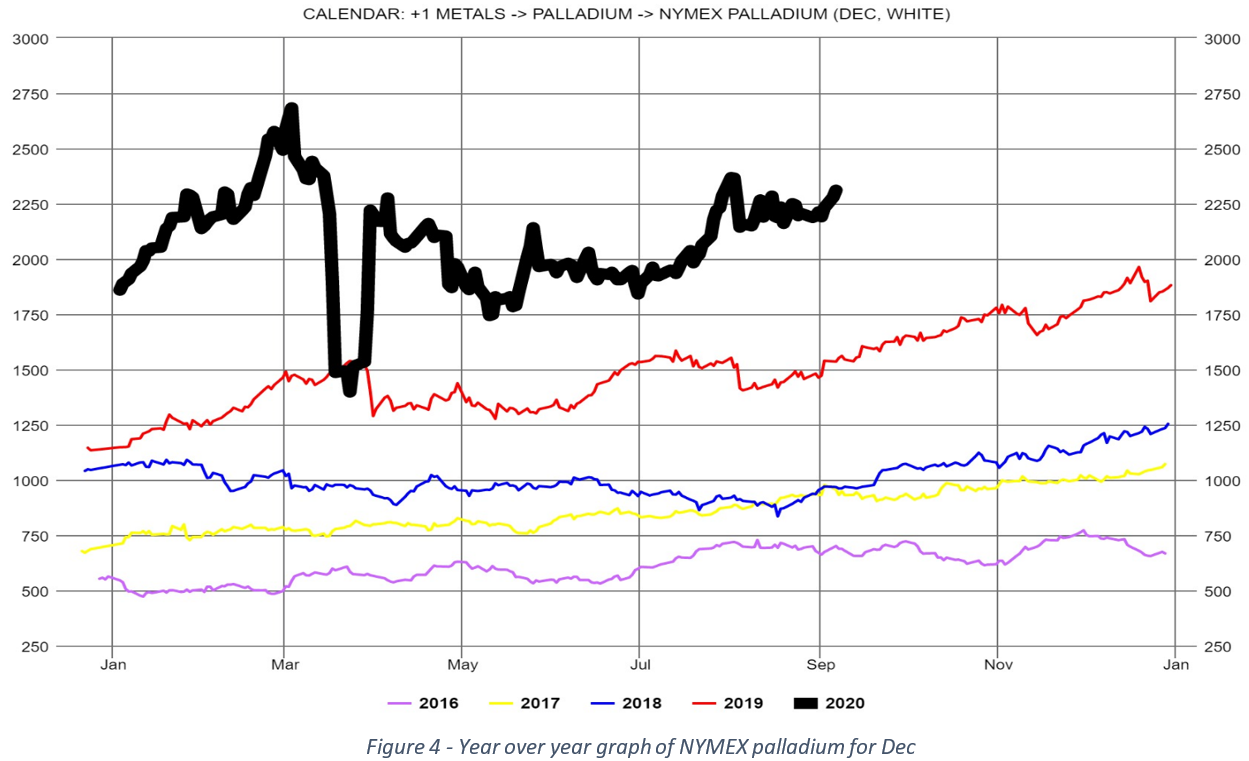 The final thoughts I leave with you are regarding the lending or leasing of gold by central banks.  Several articles have been written over the last few months regarding the lending and leasing of gold by central banks.  There are some who theorize that such practices put our financial system at risk; we are not of that opinion.  A paper published today on the gold.org site provides history on the practice with respect to the gold lease rate as well as historical perspective of the practice.  If you are not familiar with the practice I would recommend the paper which can be found here.