The front month contracts of gold and silver are up from last week 1.21% and 1.79%, respectively. Gold continues to trade in a pennant type pattern.  It is currently near the point of the pennant and would therefore expect a more pronounced move in the next few days.  The ratio of the 1-month Gold contract to the 1-month Silver contract (Figure 1) fell -0.58% compared to last week, still moving sideways since early August.   With the front month gold and silver contracts closing yesterday at $1956.30 and $27.35, respectively, the gold/silver ratio is now 71.54, 9.42% higher than the corresponding 15-year average.   December gold (Figure 2) closed yesterday at $1966.20, up 1.18% from the close on September 8.  December silver (Figure 3) closed at $27.46, up 1.75% since last week, also trading in a pennant pattern. 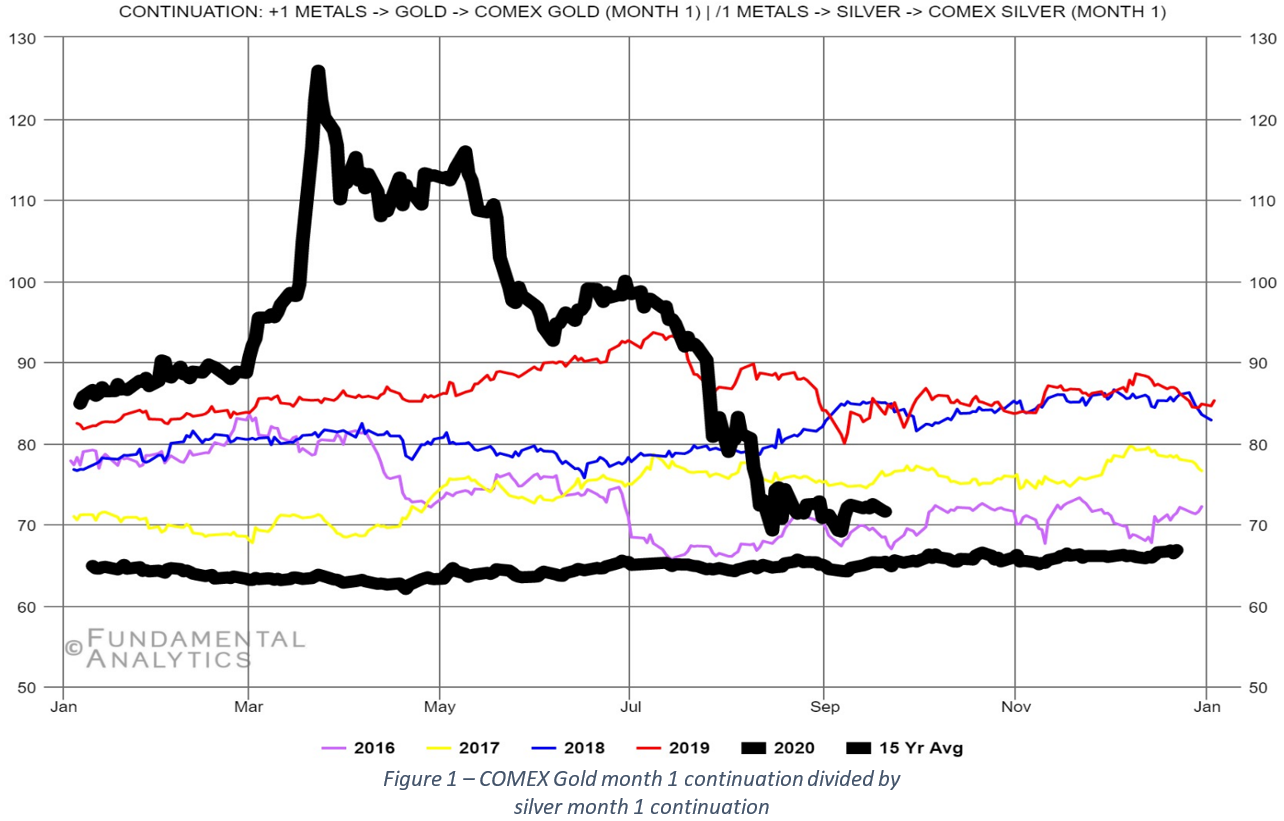 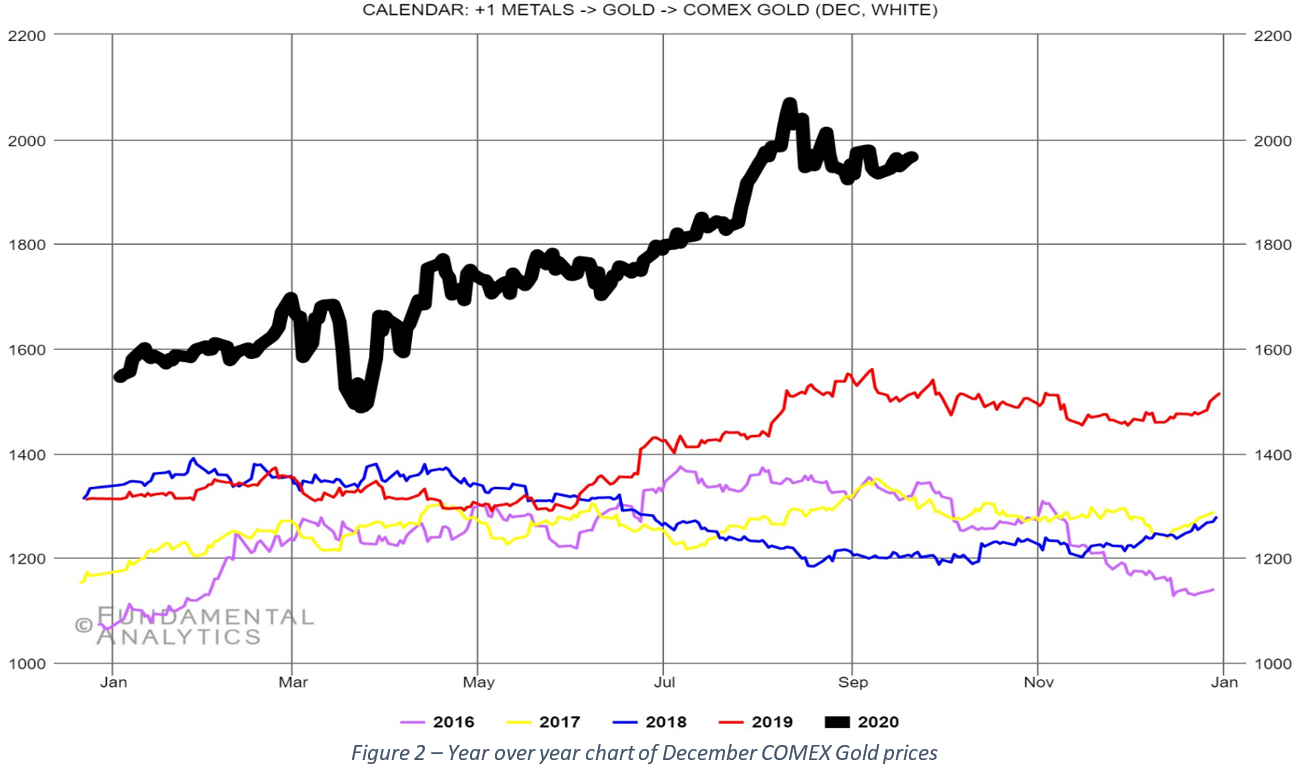 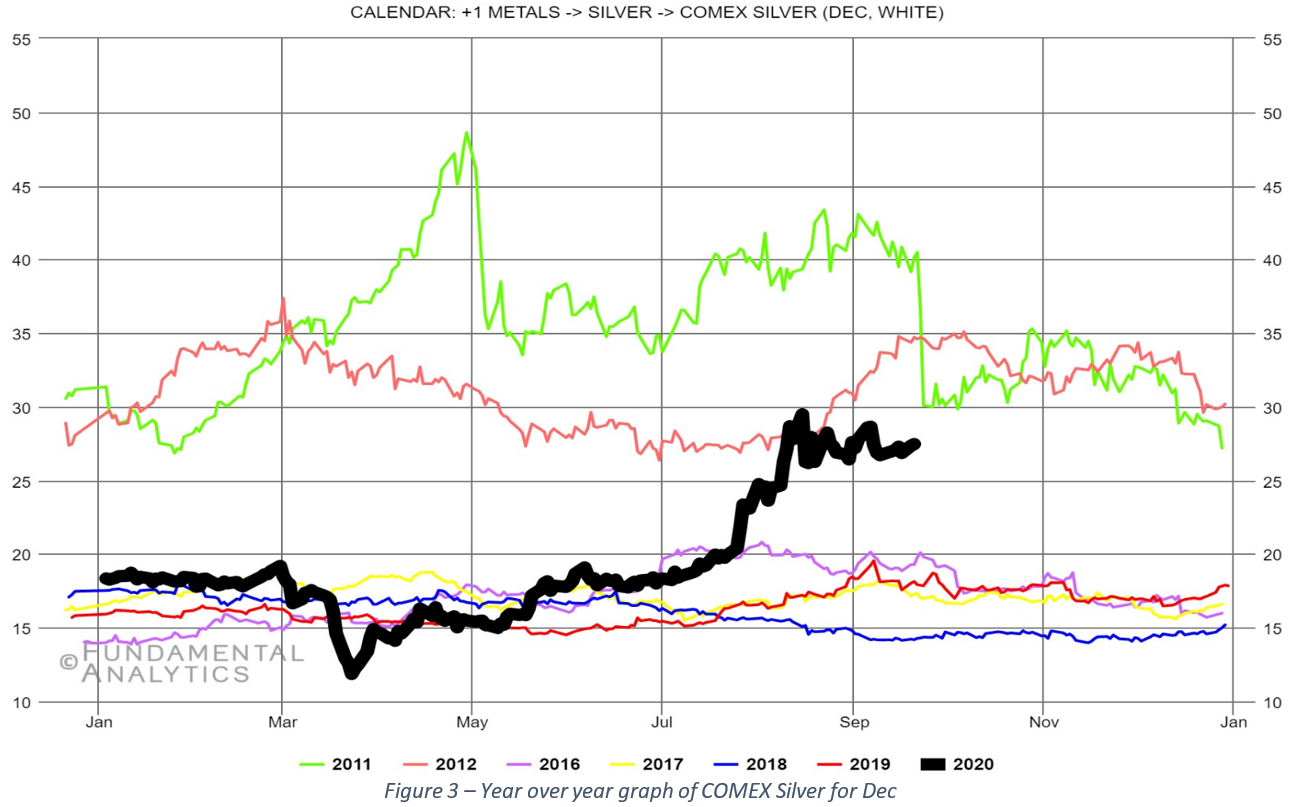 Now for Palladium.  Last week we said that rhodium was rising to levels seen early in the year.   As high rhodium prices can result in increased palladium demand, we mentioned the price of palladium may rise.  Palladium closed at $2414.50 yesterday up 4.71% from the close last week Tuesday breaking above $2365 at the close on July 27.  Total open interest jumped 4% last week, rising along with increasing price, possibly indicating an increase in long positions.   But this rise was on low volume.   The latest CFTC report shows net non-commercial fund positions increased 2% since the previous report.   The palladium/silver ratio climbed slightly this week with the increase in palladium.   As a note, rhodium climbed an additional 8% this last week which may continue to pressure palladium higher as well. 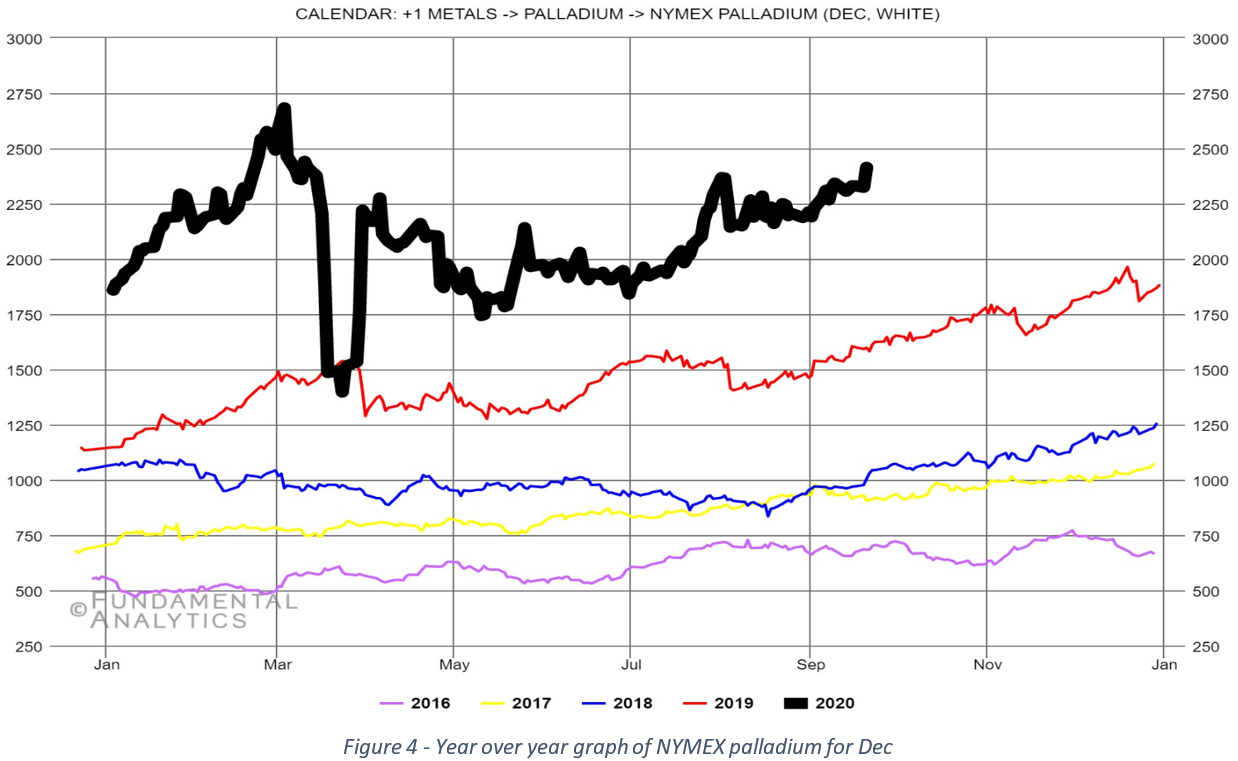 The final thoughts I leave with you are regarding the federal reserve meeting held yesterday and today, with an announcement this afternoon.  Per Gary Wagner’s article from yesterday, found here, it is expected the Federal reserve will release its ‘dot plot’ which will map out the basic intent and timeline that the Federal Reserve members believe will be necessary to keep interest rates at near zero levels until 2023.  The release of Federal Reserve project materials, found here,  confirmed plans to maintain rates near zero through 2023.  As the price of gold tends to follow real interest rates, today’s announcement implies continued support for the price of gold.