Despite the surprising large build in Crude Oil Stocks, the market rallied after a short lived fall. The market initially dropped by $1 with the release of the report but then rallied into positive territory throughout the trading day, closing near the highs, up over 65 cents.

However, today’s price action suggests that the market is oversold or that traders are not bearish even though the DOE report was fundamentally bearish. We recommend traders remain on the sidelines given the conflicting information from price behavior and fundamentals. 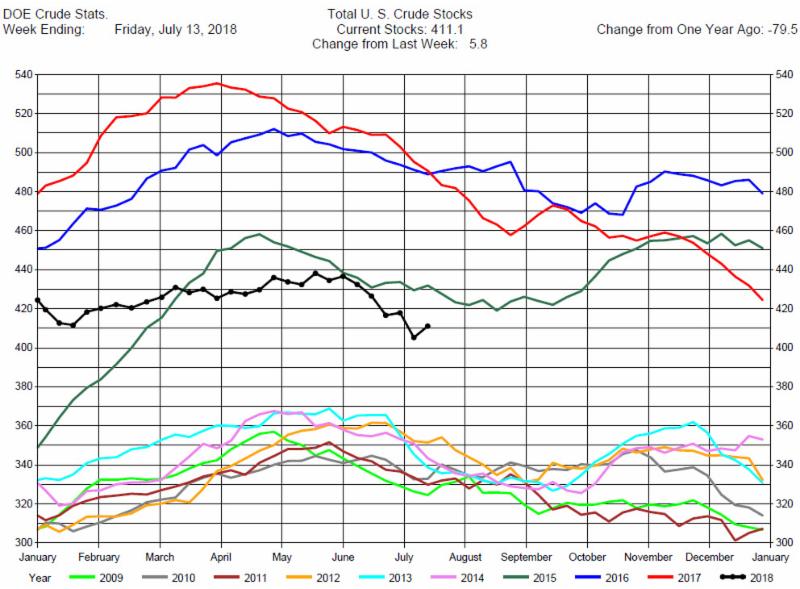 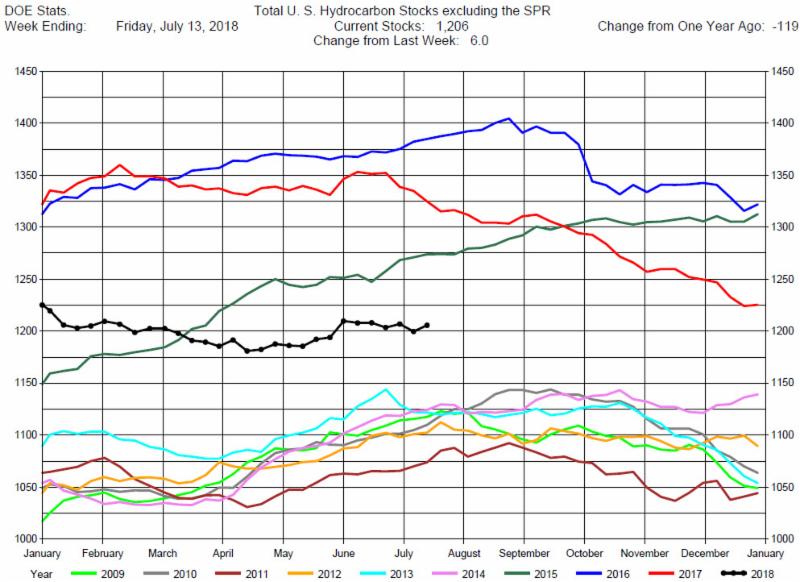 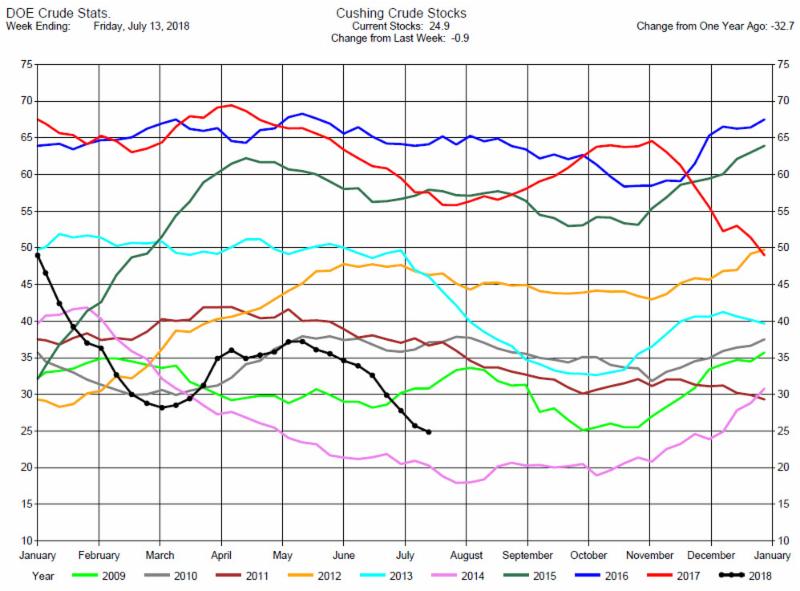 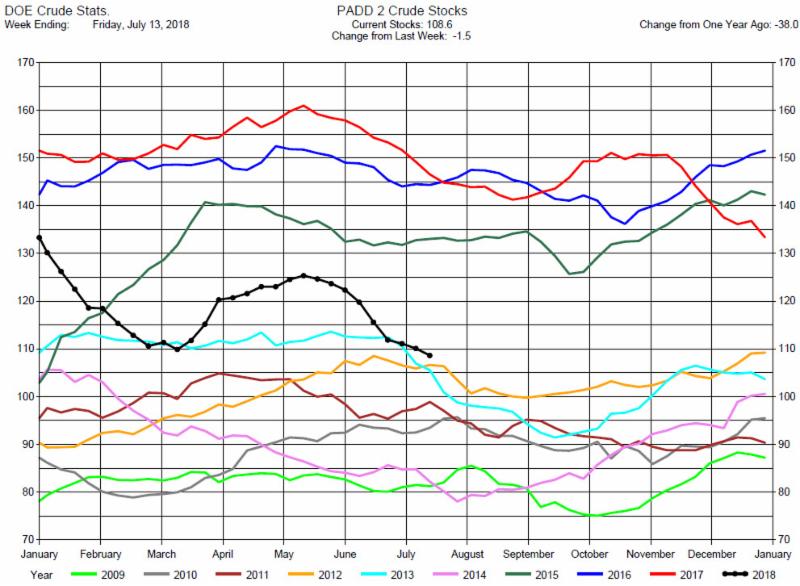 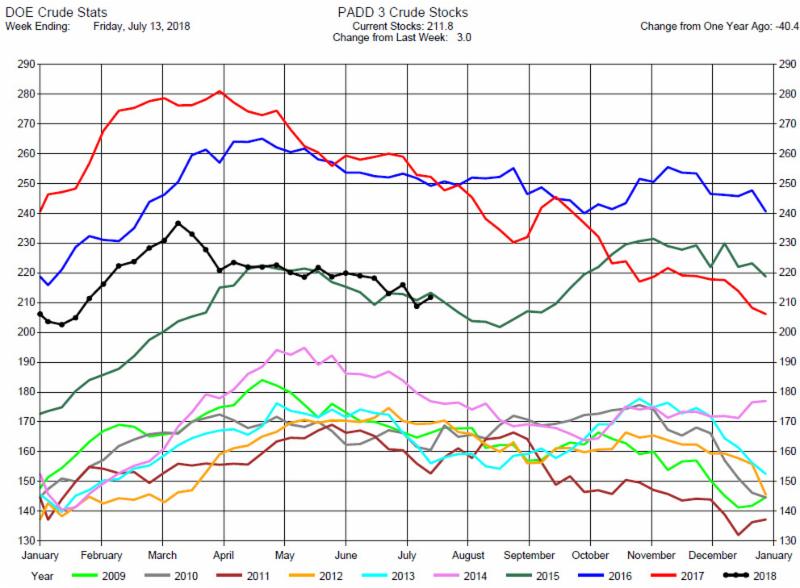 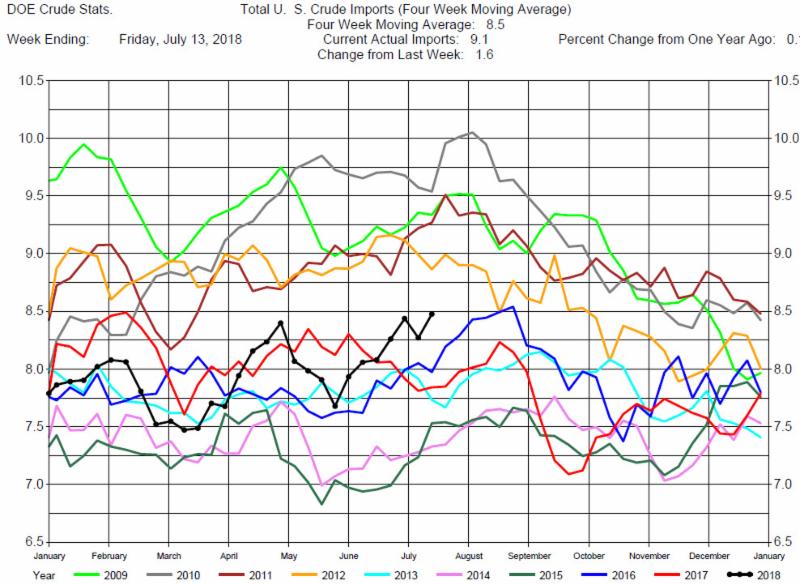 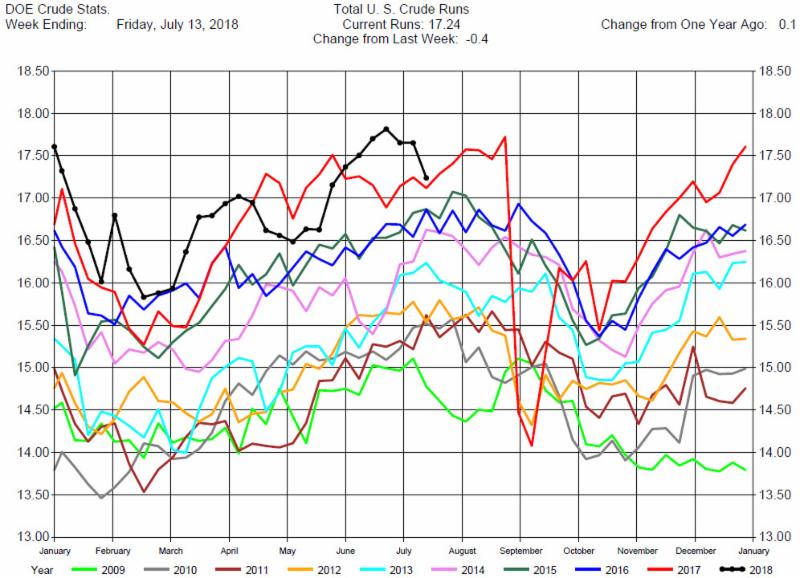 Total MotorGasoline Inventories decreased by 3.2 million barrels to 235.8 million barrels for the week ending July 13, 2018, expectations average was for a 400,000 barrel decrease.

With Gasoline Inventories on the seasonal decline (with an unusually large draw in the latest DOE report) and demand at record levels, we view this as a bullish scenario for prices. Crack spreads and calendar spreads declined with the recent drop in crude prices, however we believe this is an opportunity to take bullish positions in the Gasoline cracks or calendar spreads. 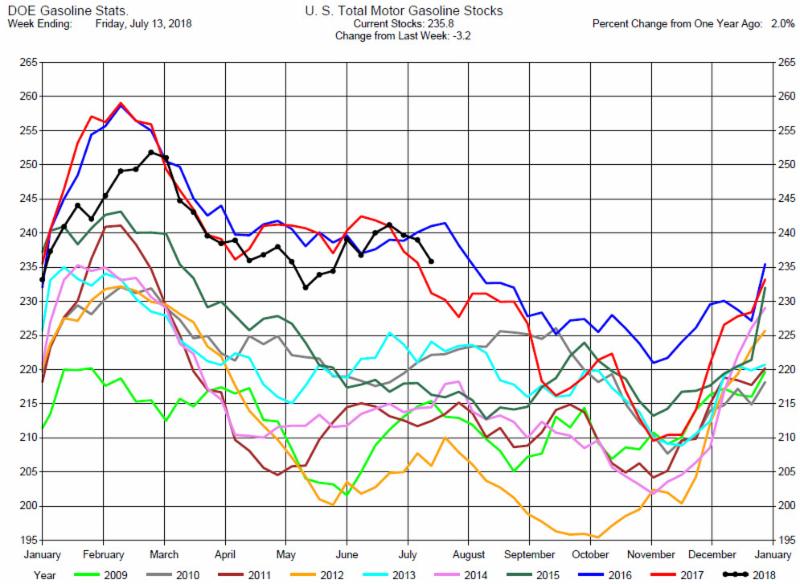 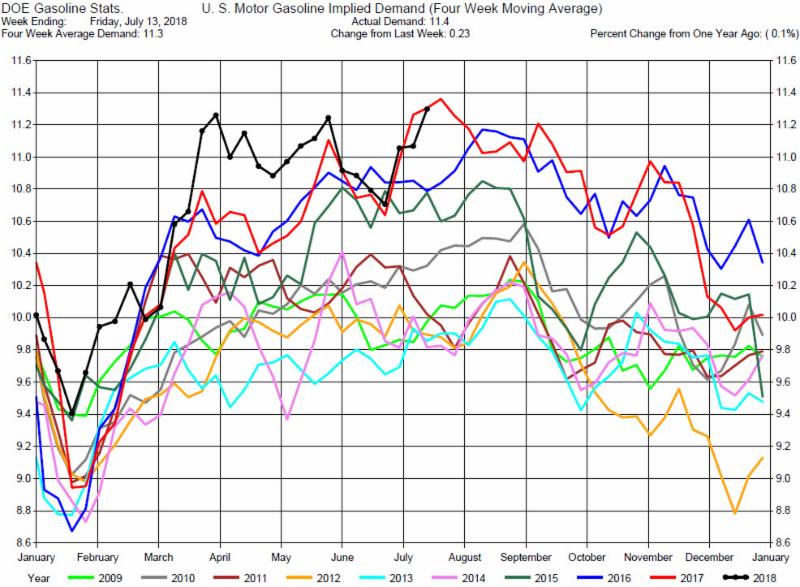 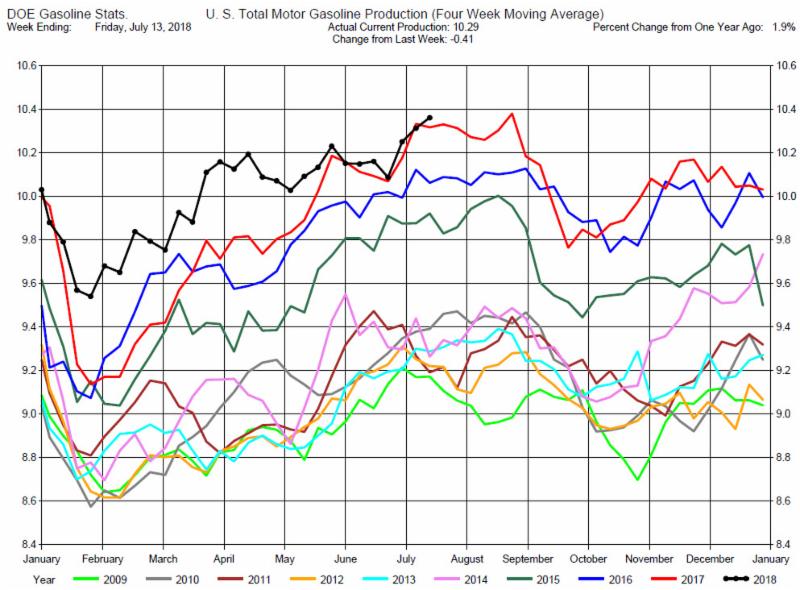 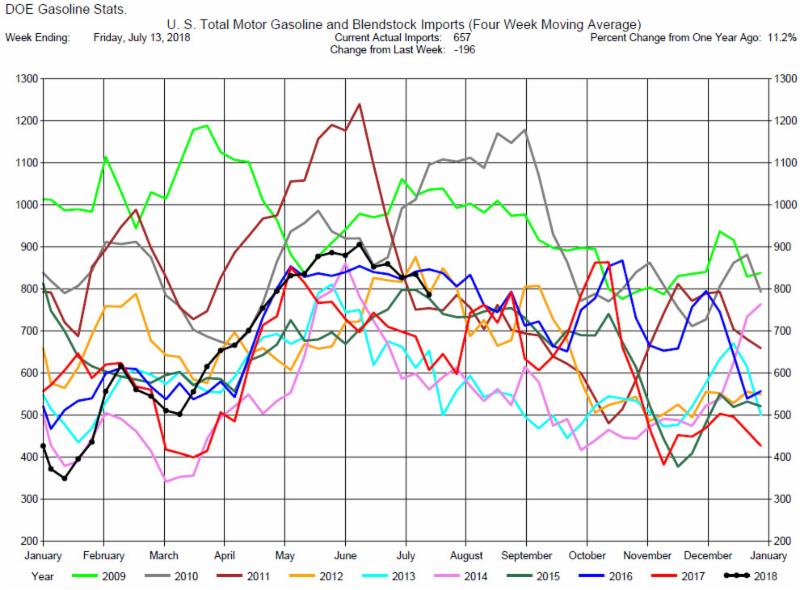 Distillates Stocks Draw, Expectations were for a Build

Even with record Distillates Production, Distillates Demand has been strong enough to keep Distillates Stocks at record lows. We view this as a bullish scenario and suggest traders consider Heating Oil cracks or calendar spreads as a bullish opportunity. 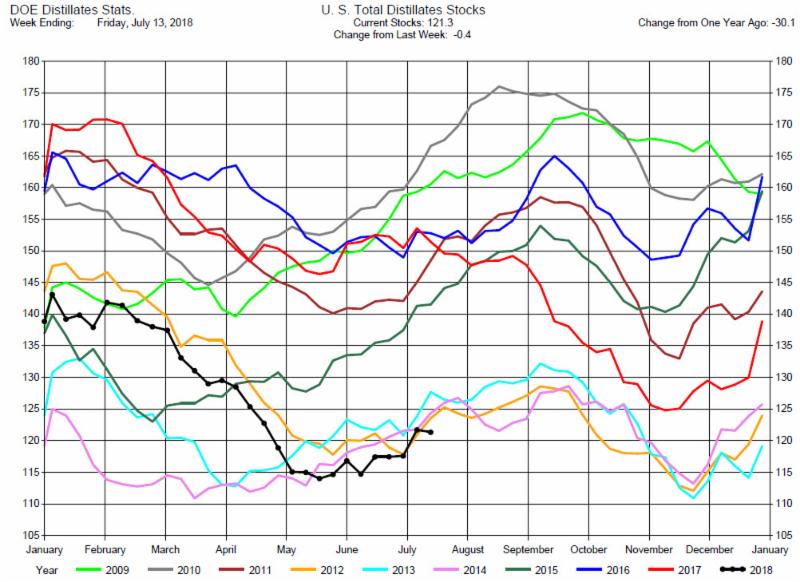 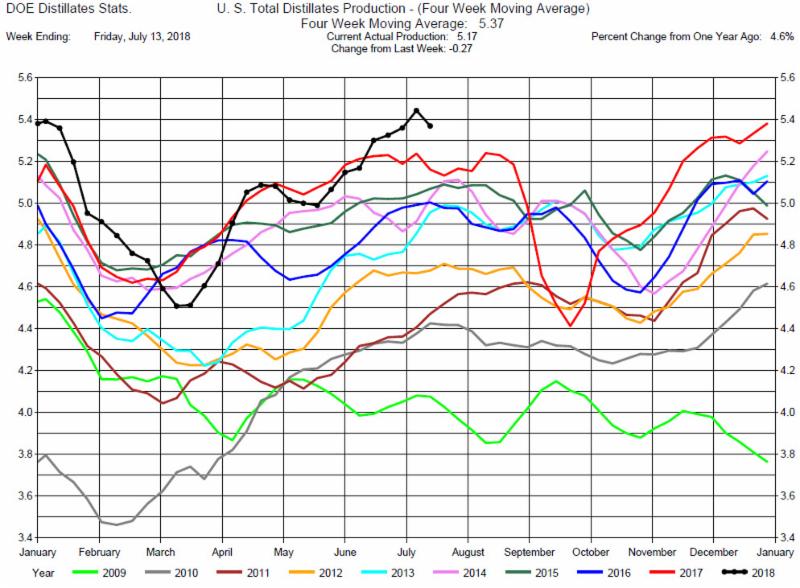 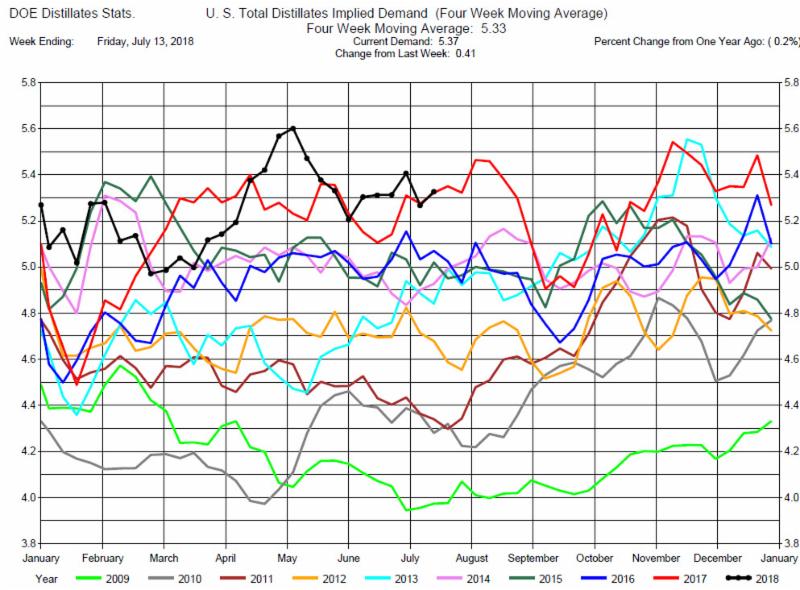 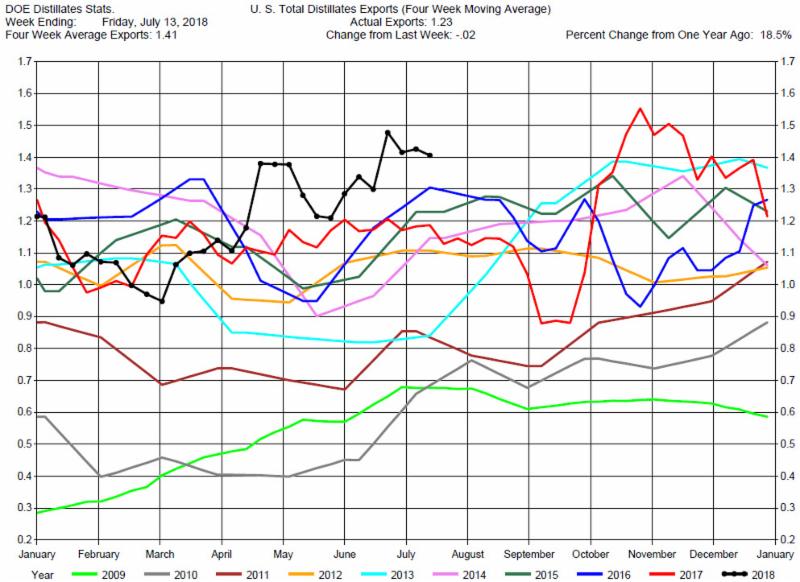