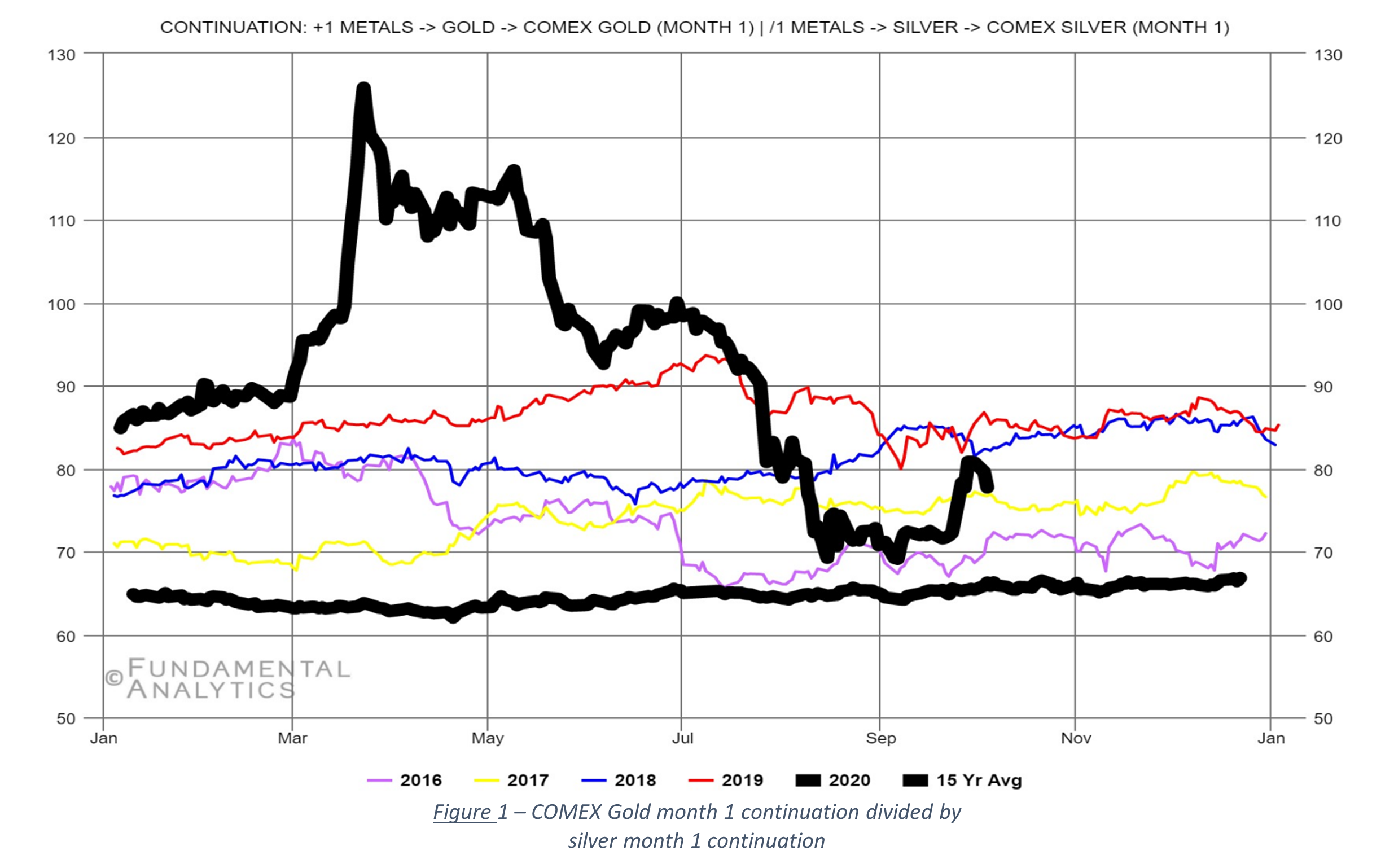 From an open interest perspective, gold’s total open interest is down 2.3% from last week, with volumes near recent lows and below its 50-day average. The latest CFTC data for gold (9/22) for non-commercial net position of funds show funds net long positions fell by 11% from the previous week. 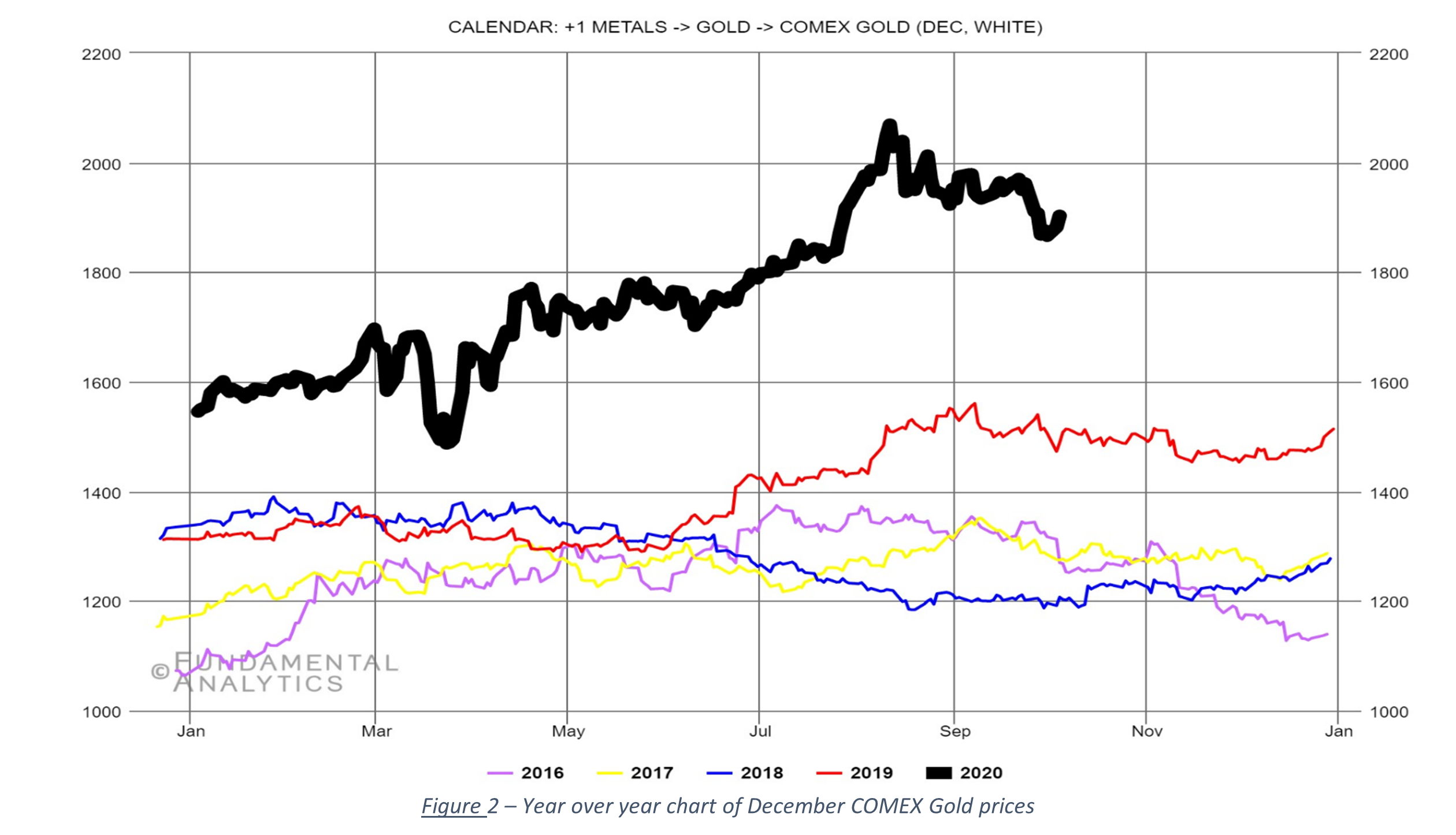 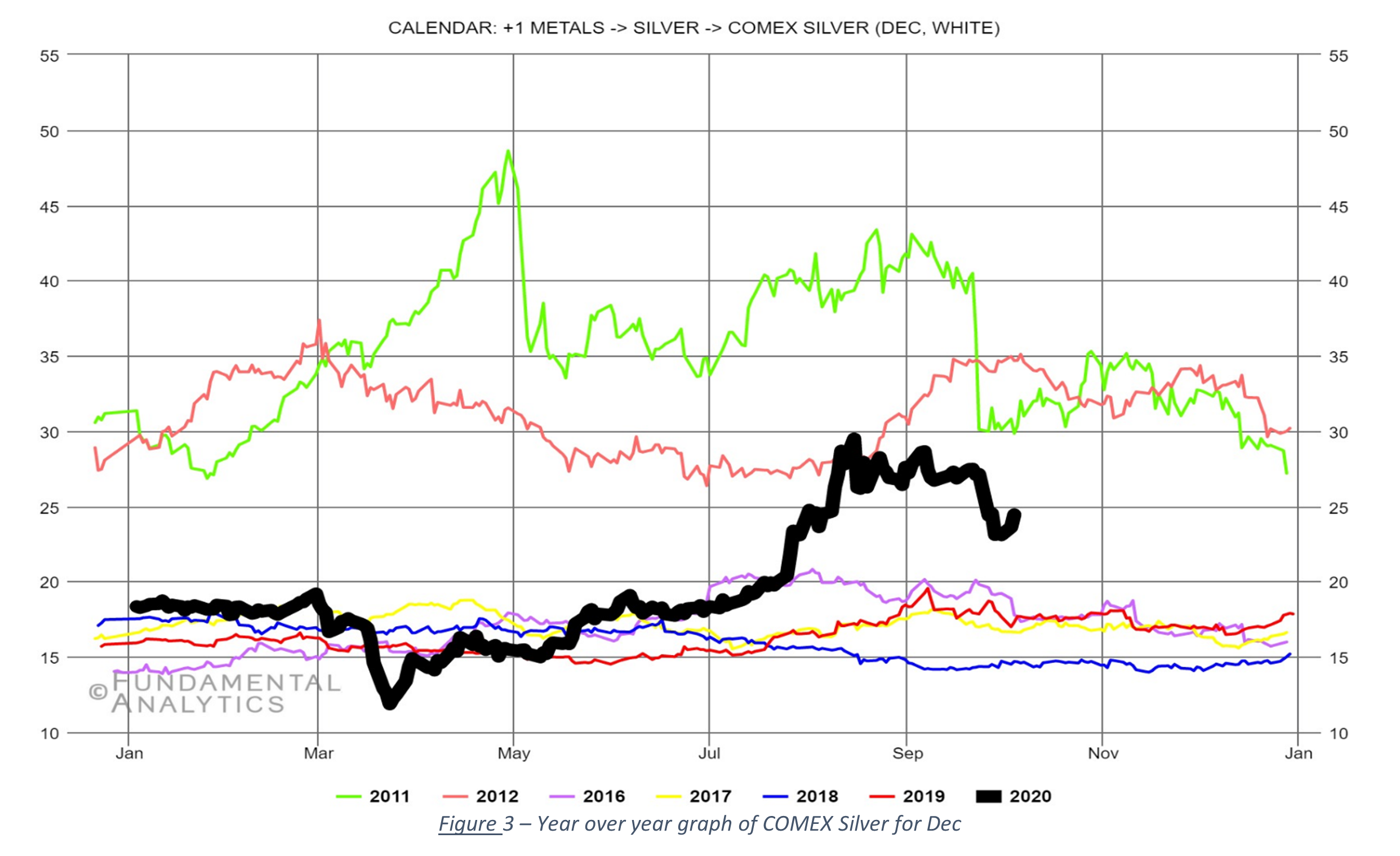 Now for Palladium. December Palladium closed at $2,329.3 yesterday, up 4.47% from the close last week Tuesday.  Total open interest fell 5% last week on top of a 4% decline last week. The 9/22 CFTC report also shows a decline in non-commercial net fund positions.  The palladium/silver ratio continued to climb this week with palladium’s rise.  Rhodium is still elevated in price but continues to give back price. 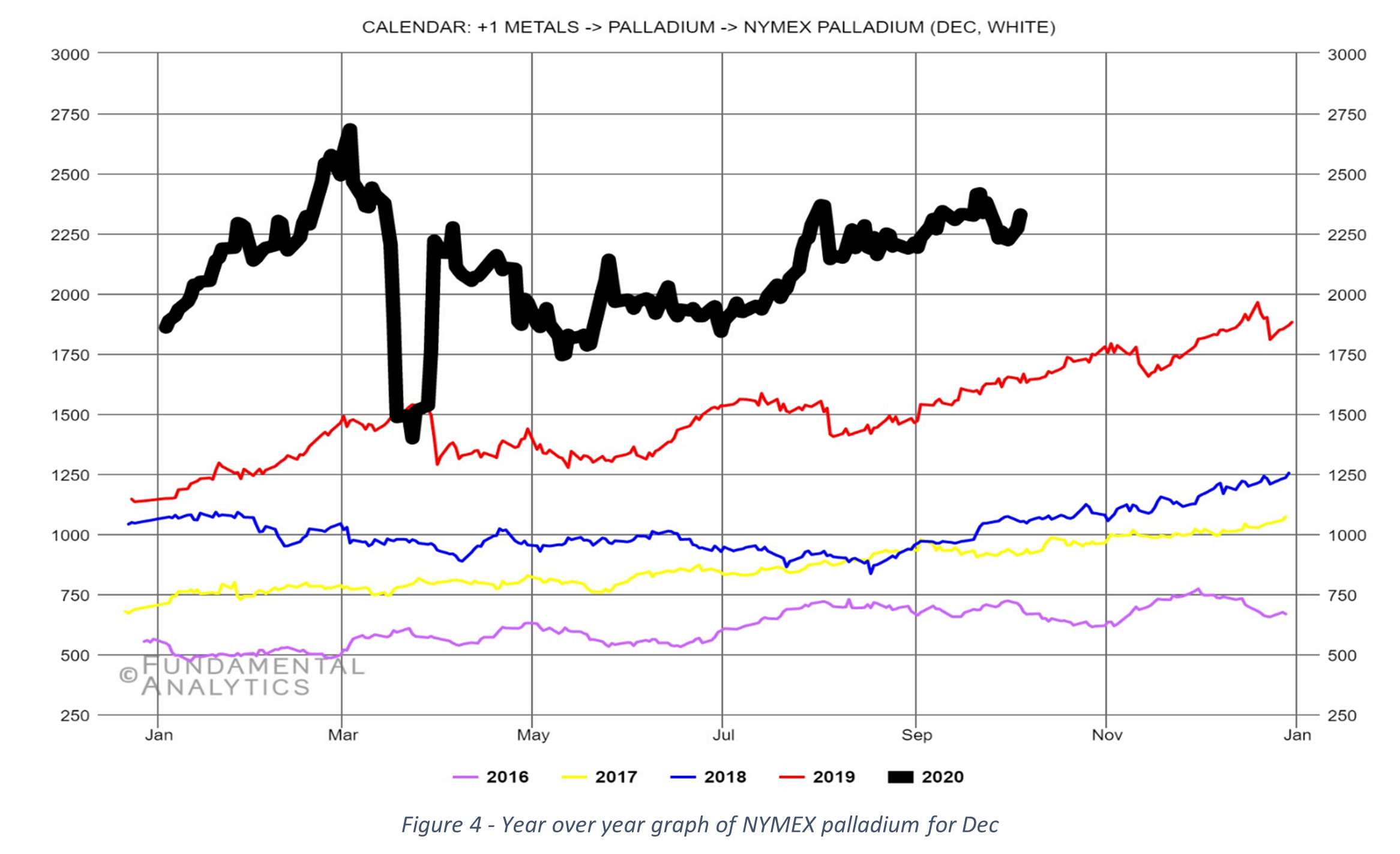 The final thoughts I leave with you today are about the 2020 Chartbook of the “In Gold We Trust” report published by Incrementum, which can be found here.   If you have not read the report, I would highly recommend doing so.  The Chartbook mentioned here updates many of the charts from the 2020 “In Gold We Trust” report and updates their executive summary.  They still see this decade as a ‘golden’ decade where gold, silver, and mining stocks will continue to shine.  Longer term, their perspective for gold, silver and mining stocks are positive. They consider the recent relaxing of the inflation target by the Federal Reserve as a continuation of the geopolitical upheavals that will continue to be expected.  They also consider portfolios holding anti-fragile assets to be less vulnerable to shocks.